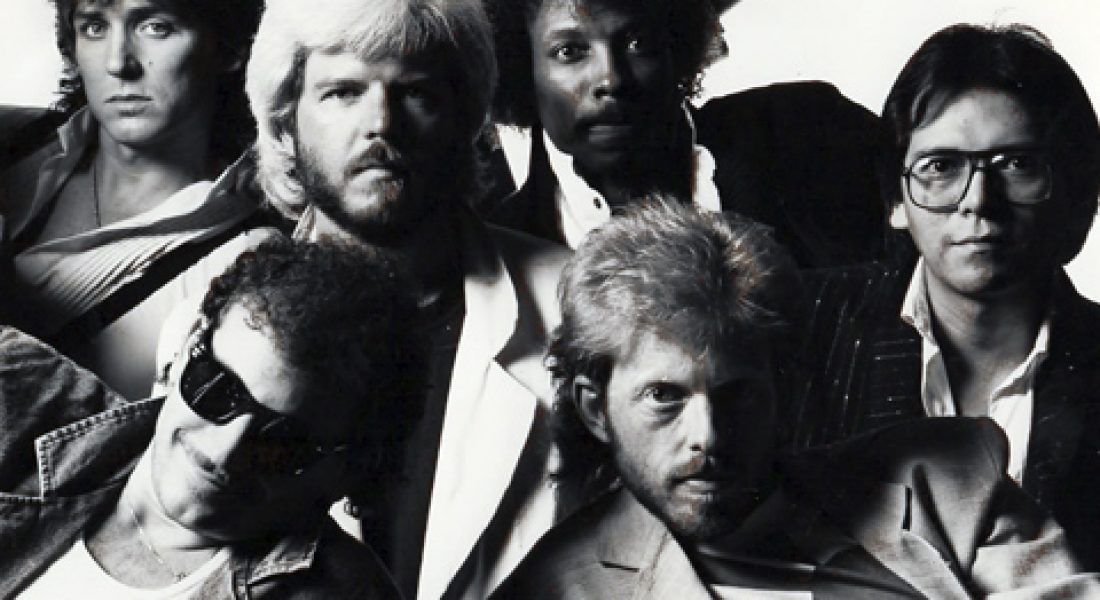 “My mother used to always point out wedding music. ‘Notice that band, Deno, you can actually hear every word they are singing,’” reflects Dean “Deno” Taglioli of Emerald City Band. Growing up in the Italian community of Detroit, Deno attended at least two weddings a month by the age of 6 and gained valuable insight into weddings as a whole. “Italians have incredible weddings, and a lot of them,” he says. Deno became familiar with wedding traditions from a slew of different cultures—from the tarantella to the Jewish hora. This influence developed Deno’s ability to perform for a diverse audience, which paid dividends down the road when his band, Emerald City Band, hit the Dallas wedding scene.

The band came together in 1983 when Deno moved to Dallas for a college scholarship at the University of Texas in Arlington. They became popular at night clubs across Dallas and beyond, performing nearly every night of the week. The band’s entrance into the wedding industry, however, grew organically due to the multi-generational aspect of weddings. “Once people realized the energy we brought to the wedding party, they told their friends and cousins and uncles. This was before beepers and cell phones so we grew our business completely through word of mouth—one performance at a time,” Deno says.

“From my perspective, in the 1980s [in Dallas], there were not bands performing at weddings like there are today,” Deno says. Wedding bands existed, no doubt, but Emerald City Band heavily influenced the introduction of high-energy and interactive party bands into wedding receptions. “Due to all the weddings I attended as a child, I understood the diversity of these events—from playlists to wedding traditions. I knew the format necessary to make a wedding a success,” he says.

“Is the Dance Floor Packed?”

Emerald City Band says their measuring stick for success has remained: ‘Is the dance floor packed?’ Throughout the ages, the band knows this will always be a tried-and-true tell of celebration. “I don’t have a set list because you never know what you’re going to get from each audience,” Deno says. While he holds onto his “home run” songs, like “September” by Earth, Wind, and Fire, if and when he plays them changes wedding to wedding. The ability to hold loosely onto a performance plan and read the room throughout the evening makes Emerald City Band different from the pack. Each time you experience Emerald City Band at a wedding or event, it’s never the same performance.

What’s the Same, and What’s Different about Dallas Weddings

“The essence of a wedding today versus 35 years ago remains the same: get people on the dance floor,” Deno says. There is still an entrance, a first dance, a garter toss (which may be on the way out), a cutting of the cake, etc., but Deno emphasizes the new focus on wedding design. “Brides are more concerned with the design of the reception, and how the band integrates within it. We use to be a band on a stage, but now it’s not that simple,” Deno says. To assist, Emerald City Band will always do their best to dress for the occasion, but he expresses concern.

While beautiful stage fronts and floral arrangements beautify an otherwise technical space, Deno warns against minimizing the stage too much. “The first hour of the reception is about the design and aesthetic, but the rest of the wedding is about the band—we make or break the wedding. So to minimize the stage, lighting, and the band’s impact can be an issue,” Deno warns.

Know Your Audience, and the Top Hits

Because Emerald City Band does not stick to a “set list,” their band must keep reading the audience to ensure they keep the party going. This includes knowing when a song has spoiled. “Some songs were great six months ago but if I do it today, it’s like playing the Macarena. Some songs have great shelf-life but other songs become passe,” Deno says. A wedding band must know when a song is in, when it goes out, and even when it comes back. “It’s funny because if I do Backstreet Boys today it’s a hit, it’s totally back,” Deno reflects. “Certain songs move up and down the pecking order, weekly,” he adds.

“Before Emerald City Band, I was a drummer. As we would play, the singers wouldn’t be interacting with the audience, and I would be back behind the drums saying, ‘Talk to them, say something!’” Deno says. The importance of connection undeniably drives Deno and the Emerald City Band during every performance. Deno credits this desire to experiencing weddings of every culture back in Detroit. “Italians parade in circles performing traditional dances, Greeks would wave their table napkins, and I consistently saw people on the dance floor connecting with the band,” he says.

Emerald City Band repeatedly throughout their performances invites the audience to join the celebration—whether it’s singing along, throwing your hands in the air, or the band hopping off stage onto the dance floor. Deno feels passionately about breaking the barrier between audience and stage. “What we are doing is out of the heart and soul. We do it because it comes from within, not a forced effort,” Deno says.

The post After 35 Years, Emerald City Band Continues to Strip the Barrier Between Stage and Audience appeared first on D Weddings.