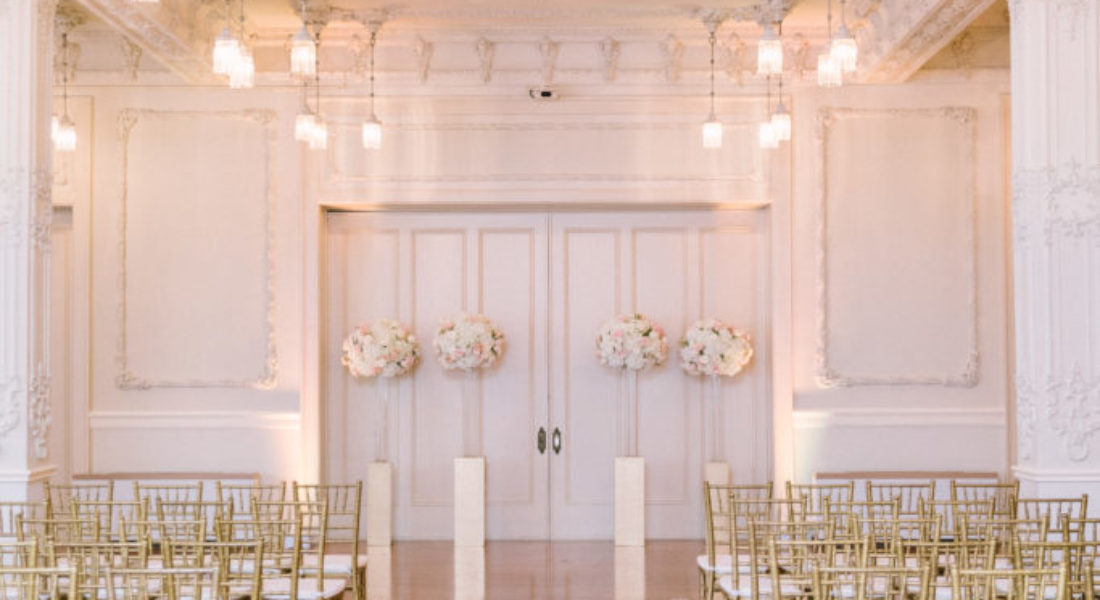 During a night out in Dallas, thanks to a friend’s not-so-subtle nudge, Chris McBay mustered the courage to approach Meagan McVay. “He asked me out on a date, and the rest is history,” says Meagan. After five years together, Chris decided to get down on one knee amidst the snow-kissed New York City trees on a wintery day in Central Park. For their spring wedding on March 30, 2019, Meagan and Chris envisioned a timeless and classic affair, paired with chic accents. The couple chose an opulent venue, adorned with gold accents, for Miss McVay to become Mrs. McBay.

Meagan admits that she fell in love with Scottish Rite from the moment she saw it. “The architectural details in the white walls, the dainty chandeliers that hang down like tassels, and the gorgeous columns makes for such a romantic setting,” she says.

The original satin buttons that lined the back of Meagan’s gown were replaced with more than 100 Swarovski crystal buttons.

All White and Candlelight

Meagan and Chris made their getaway in a vintage Oldsmobile, honoring Meagan’s grandfather and his passion for collecting antique cars.

Something Old: During the family’s “first look,” Meagan’s father gave her a meaningful ring from her late grandmother. The ring features five diamonds: one for Meagan’s father, mother, brother, herself, and her new husband.

First Dance Song: “Into the Mystic” by Van Morrison