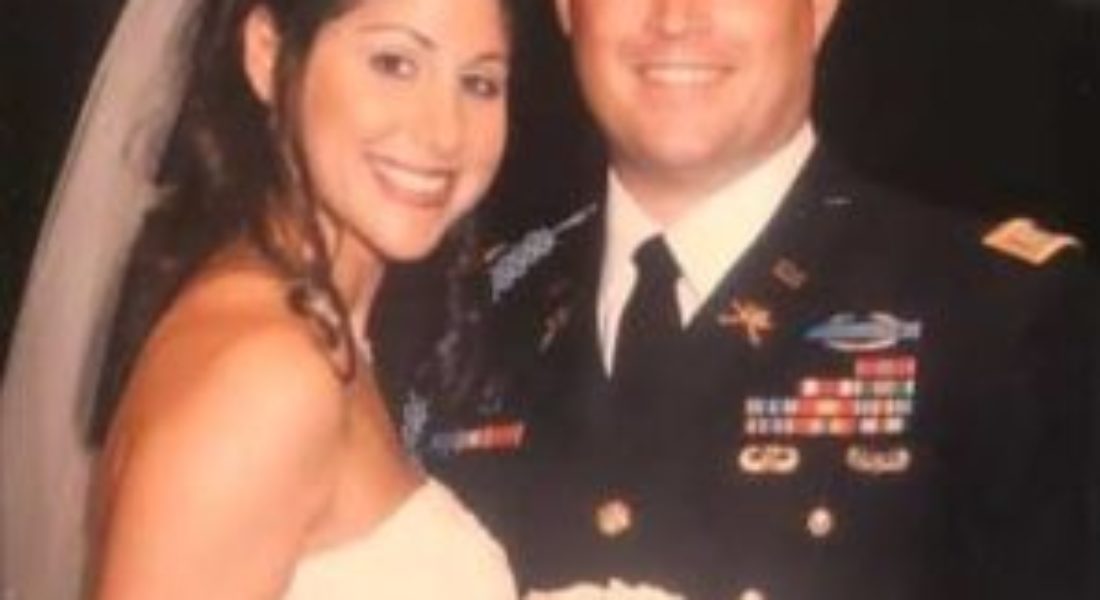 Lots of local couples are feeling the sting of COVID-19, as the epidemic has effectively put the wedding industry on hold for the foreseeable future. And while everyone can agree that a postponed wedding is far from the most dire consequence of this global pandemic, we want brides to know: It’s OK to be sad. It’s normal to be disappointed. But God willing, your special day will happen—even if it’s not in the exact timeframe you’d expected.

Significant Events of Texas’ Meredith Commender knows a thing or two about dashed wedding plans. She shared this story on Facebook this week:

I moved to Nashville right after graduating college to be with my boyfriend of eight months, Eddie, who was in the Army, stationed at Ft. Campbell. At the time, it felt like the biggest risk was our relationship not working out, not any military danger, as the military had not faced a major combat conflict in many years and Eddie wasn’t planning on making a career of the military anyways. This was June 2001.

Three months later, crazy people decided to fly planes into buildings and the whole world changed in an instant. I remember standing there in my classroom as a first year teacher watching the Twin Towers collapse and feeling with overwhelming fear and uncertainty that things would never be the same again. Ft. Campbell immediately went on lockdown, trying to determine the military response to this, while I watched the news 24/7 so afraid of what was to come. Eddie’s battalion was not immediately mobilized but, as the War on Terror continued, it was likely a deployment was coming.

In December 2002, we got engaged, a moment I will never forget and, like most brides, I started planning for my wedding. In January 2003, Eddie’s battalion received deployment orders for the initial invasion of Iraq. Therefore, in February 2003, we went ahead and got married in the chapel at Ft. Campbell, during Eddie’s lunch break. Twenty-seven other Ft. Campbell couples did the same that week. We planned to have our actual wedding when he returned home, though we didn’t know when or honestly if that would even happen.

In March 2003, he left for Iraq on another day I will never forget. As this was the initial invasion, there was no infrastructure set up in Iraq for communication or anything else (like food service, showers, or bathrooms), so I didn’t hear from Eddie for about 65 days. Every day I wrote him a letter (he kept all of these), prayed, and watched the news in addictive fashion both hoping and not hoping to hear something about him. During this time and the months that followed, I also kept working, pursued my Masters degree, and planned my wedding (the first one I ever planned and what led me to this career). I couldn’t really set a date, and even when I did set one, we kept having to change it. Always present was the fear that perhaps I was planning a wedding that would never happen because the groom might not survive. Thankfully he did—as did our groomsmen and saberguardsmen—and 18 months after that Army chapel ceremony, we had our wedding. We say we’ve been married for 16 years, but really it’s been 17.5.

These last two weeks with the wretched corona virus have felt eerily similar—scary, uncertain, alerting us to a war with a different type of enemy that most of us have never faced, the feeling that the world will never be the same, and knowing that there will be a long road to medical and financial recovery. And those of us working in weddings have seen how hard this has been on these spring wedding (please, God, just let it be spring) couples and their families.

I hope this story is an example of how not to lose hope but to still understand the reality that change has come and may continue to come, and these changes don’t always adhere to our life plans. In the end, what is most important is taking care of the ones we love and ourselves. There is much of our lives and public policy that has been improved since and as a result of 9/11, and I hope this is the case with the current terrible incident. Until then, stay strong and healthy and believe that someday your plans will be realized, though perhaps in a different fashion than you originally dreamed.

The post Significant Events of Texas’ Meredith Commender Reflects on Her Own Dashed Wedding Plans appeared first on D Weddings.