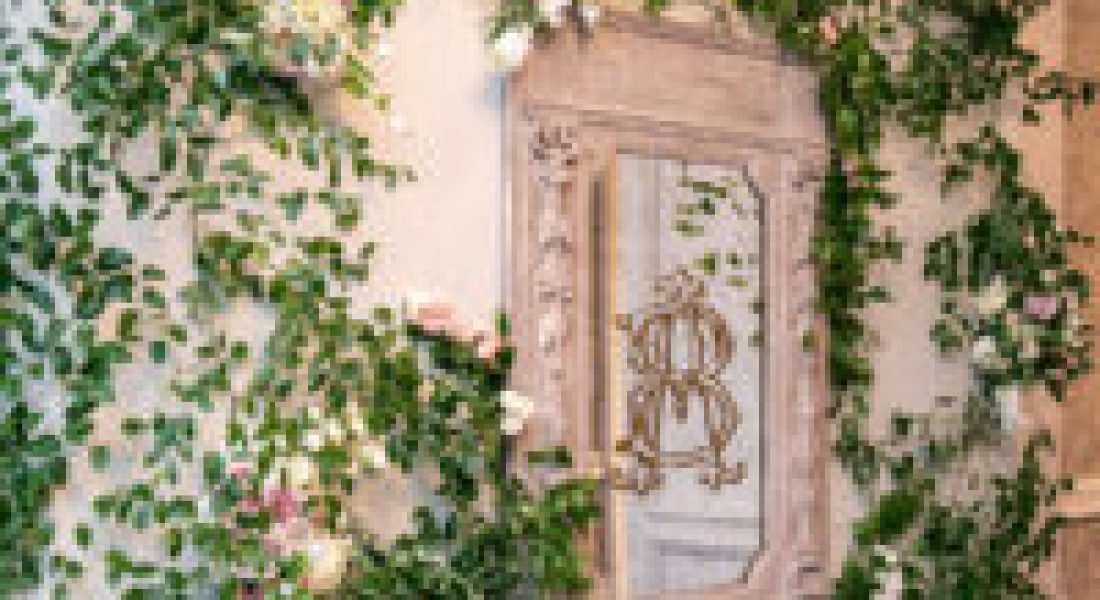 When Amanda Gross moved to Dallas six years ago, the Utah native’s mother, a University of Texas alumna, reached out to some old college friends in the area. One was Bennett Aaron’s mother, who introduced her son to Amanda. The two were thereafter inseparable, and four years later, Bennett surprised Amanda in her hometown of Park City with four dozen roses and a proposal set against the mountainous backdrop of Deer Valley. They hired Todd Events to transform the newly renovated Ritz-Carlton into an elegant secret garden for their nuptials on September 2, 2018. “I wanted it to be a black-tie wedding with a rustic feel, and that’s exactly what we got,” Amanda says. Their ceremony, which incorporated Jewish traditions, was followed by a reception and after-party with a DJ, live rapper, and late-night snacks. “It was epic,” she says.

Mirror, Mirror
Todd Events created this wall, which was the first piece of decor guests saw, to mimic the interior finish of the newly renovated Ritz-Carlton. The monogrammed mirror gave a personalized touch to the piece. “The greenery and floral vines completed the ‘secret garden’ entrance feature,” says planner Lauren Heiler of Todd Events.

Bring the Outdoors In
The backdrop behind the band was covered in inset panels fully immersed in green mosses and finished in mirror trim with the bride and groom’s monogram. “We love this wall because it adds a layer of outdoor aesthetic in a formal way,” says Heiler. “It added texture with a bit of whimsy and sophistication.”

Center Stage
The custom-built chuppah was covered in florals. The reception took place in the same ballroom as the ceremony, so the cake was brought out during the transition. The traditional piece served as the focal point of the room throughout the night.

Raise a Glass
These silver goblets were a wedding gift that the couple chose to use in the ceremony.

Looking Sharp
Amanda surprised Bennett with this monogrammed sword as a nod to rapper Gucci Mane, who also cut his wedding cake with a sword. “It was supposed to be a joke, but then he wouldn’t put it down!” Amanda laughs.

Bouquet Your Way
“We always say that what the bride carries should complement her well,” Heiler says. Amanda’s gown was incredibly detailed and perfectly fitted, so it was important for the bouquet to include some traditional stems like garden roses, astilbe, and eucalyptus but with a touch of drama courtesy of dripping phalaenopsis orchids. “My bouquet was incredible,” Amanda says.

The post Amanda Gross and Bennett Aaron Transform the Ritz-Carlton into an Elegant Secret Garden for Their September Nuptials appeared first on D Weddings.