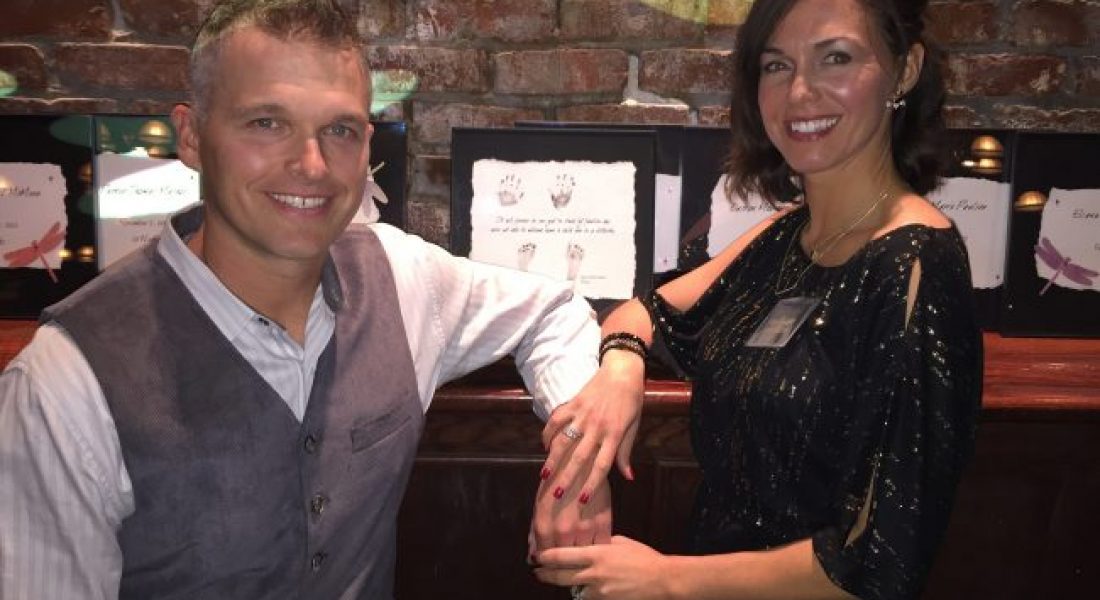 In July of 2010. Rebekka and Randy Hauskins lost their daughter, Hayden Ruth, to stillbirth. Seven years later, they keep her memory alive by supporting other families who have experienced the same devastating loss — through paying a portion of hospital delivery bills.

“I did not feel well on July 4, 2010 and went to bed concerned,” Rebekka told BabyCenter, of when she was 32 weeks pregnant with Hayden. “July 5th, I woke my husband, called the doctor with my ‘symptoms’ of ‘she has been very still and my stomach is tight. We were told to come in immediately, still not allowing ourselves to comprehend what was actually happening.”

Hayden’s umbilical cord had twisted around her neck, suffocating her.

“We were checked into the hospital and after testing, told that she had no heartbeat,” Hauskins said. “I simply wanted to die at that point, the pain was excruciating. She was delivered on July 6.”

In honor of their beloved daughter, Rebekka and Randy decided to do something to help ease the financial stress for families grieving a stillbirth. They created a nonprofit organization called Hayden’s Helping Hands, which pays $1,000 of the hospital delivery bill for parents of stillborn babies in Oregon and Washington. Since the organization’s 2010 inception, more than $40,000 has been paid to 43 families.

“I think that most people don’t realize that when you deliver a stillborn baby, your body still goes through labor,” Hauskins said. “For us, it was 14.5 hours that I labored with Hayden. Physically, you need that recuperation time that you would need with a ‘normal’ delivery. So, you aren’t able to return to work right away.”

After Hayden was delivered, the Hauskinses paid $77 every month for roughly a year before finally paying off their $1,000 hospital bill. Writing that check month after month served as a painful reminder they were paying toward the reason their child wasn’t with them.

“We never felt that we didn’t owe the money to the hospital and were never angry with receiving a bill; services were rendered and payment was due. However, when you bring home nothing, you are paying for nothing other than the baby who died,” Hauskins said. “It is a crushing reality over and over to write that payment and in some cases, payments go on for more than a year, depending on insurance.”

Hayden’s Helping Hands allows families to focus on themselves and not the financial burden that follows, Hauskins explained. Because the reality of the situation is there are so many expenses involved following a stillbirth — including funeral expenses, which can cost around $4,000 alone. Families learn about the organization from funeral homes, hospitals and grief counseling groups. From there, they fill out an online application and oftentimes, their delivery bill is paid within a week.

“While we would gladly have Hayden in our arms, that is not reality,” Hauskins said. “We chose to let our very unwelcomed reality create an organization through our love for Hayden. We wanted to help others like us. Even seven years later and we let them know they are not alone. They are not alone because of what Hayden opened our hearts to. Hayden’s Helping Hands isn’t just about financially supporting families, it is about healing.”

What do you think of this story? Has your family been touched by stillbirth?