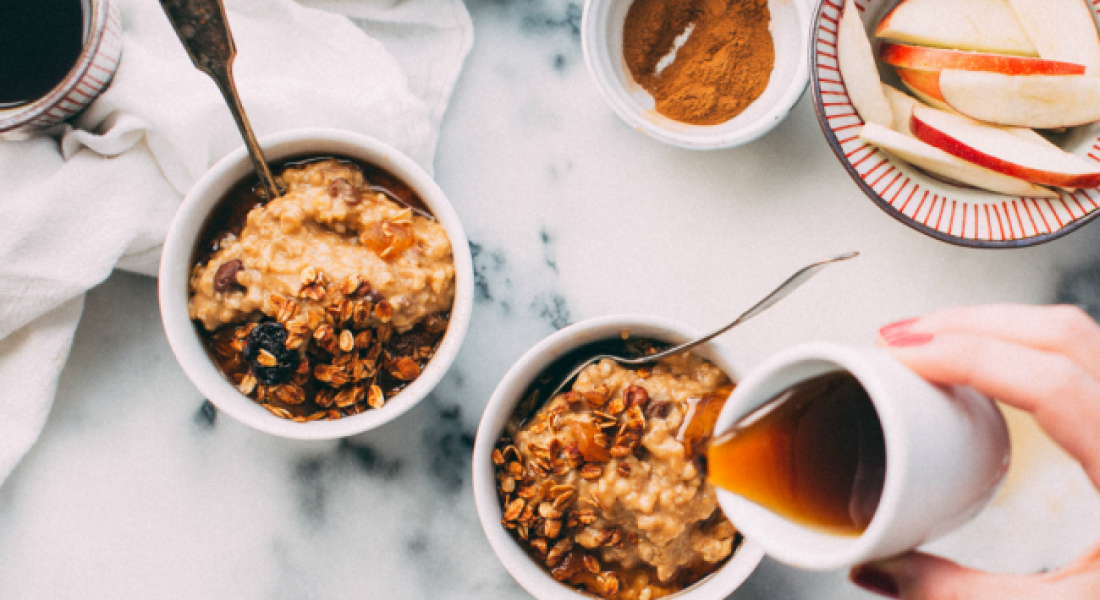 O-o-oh, for the love of oatmeal.

My water broke at 5:30 a.m. on a Wednesday. I gave birth at 3:30 a.m. on a Thursday. Under normal circumstances I’d have been hungry after going 22 hours without food, but put labor and delivery (akin to running a marathon, let’s not forget) on top and I was drained.

From roughly 5:00-6:00 a.m. postpartum I slept, then woke to find a cafeteria angel had descended from the sustenance heavens and bestowed a gift of grains upon me. I had never been more excited.

To be clear, this was the kind of mucky-goo oatmeal that comes from industrial kitchens — not the stuff of Pinterest dreams — but I dove straight in. I dumped the tiny thimbles of brown sugar and raisins in and flew straight over the moon.

At lunchtime a grilled cheese and tomato soup (yuck) showed up in my room, and at dinner some sort of turkey with ice-cream-scoop-shaped mashed potatoes appeared. Neither meal was particularly good. When the nurse noticed I hadn’t eaten much of the dinner she asked if I wanted to order something else.

What? There were options? I could order?!

Turns out there was a whole menu of options no one told me about and it never occurred to me to ask. If patients didn’t make a request by a certain time the special of the day was automatically sent.

The glory of that first oatmeal was enough to still have me thinking fondly of that hospital, but when it came time to give birth to our second child I made sure to ask how the food worked. Despite it being a different hospital they also had a menu and I could order something to eat anytime I liked.

Funnily enough though, I can’t even recall what my first postpartum meal was there. At some point I do know there was a damn good chocolate chip cookie and a small iced coffee, but nothing that could compete with the magical oatmeal I had as my very first meal as a mom.

What was your first postpartum meal? How did ordering food work where you gave birth?

The post I didn't have an orgasmic birth, but my postpartum meal was a close second appeared first on BabyCenter Blog.