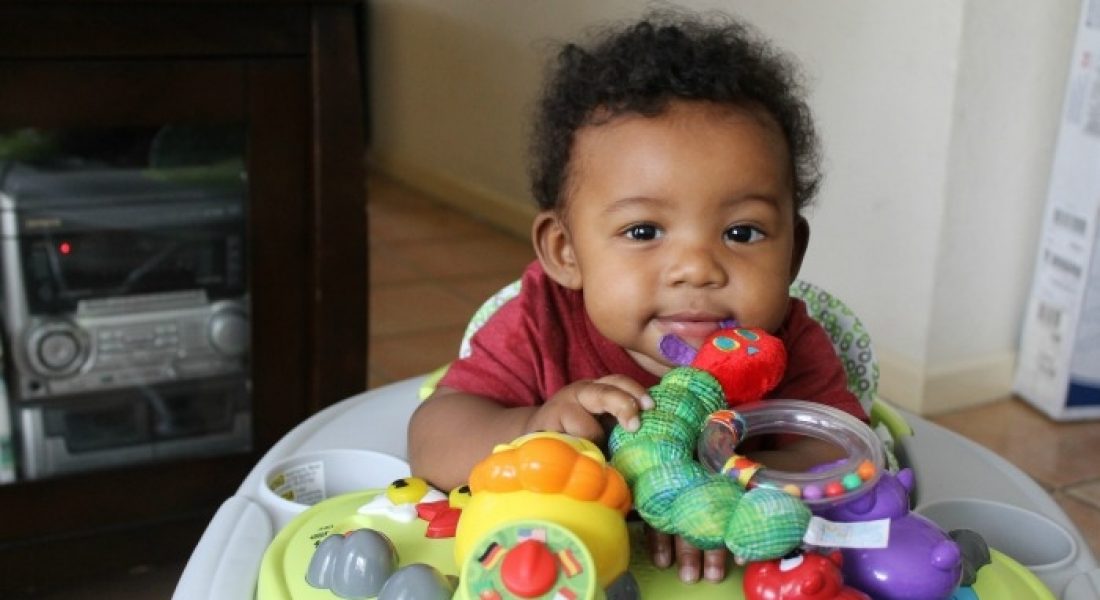 What is it with babies and the odd things they like to play with? Plastic keys and brightly colored blocks are no match for plastic spoons, drinking straws and the remote control when it comes to catching the eye of Jamie, my 6-month-old baby boy. He will gladly choose these things over any toy that looks like it’s made for babies.

When I talk to other moms, they say the same thing. Their babies will choose an empty box or a hairbrush over a stuffed animal any day of the week. The toys we spend hours researching and making sure they are developmentally appropriate mean nothing to finicky little ones. They want everything that they’re not supposed to have.

The other day, Jamie spent nearly a half hour hanging out with a few whiteboard markers. Now, you all know that in infant time 20 minutes is like 2 hours! I had time to fold towels, sweep the floor, and put away the dishes. No baby doll has ever given me so much freedom.

That drinking straw I mentioned? Jamie spent ten minutes gnawing on it, waving it around in the air, and bending it. I ate lunch in peace and caught up on my social media since he was so sufficiently occupied.  I can’t tell you the last time I ate lunch without him pawing at my boobs so that he could eat, too. The straw is a highly underrated baby plaything.

Since simple everyday items bring so much happiness to Jamie, I wondered why I ever buy toys in the first place. Then I remember. Because they’re just so cute! The other day I bought Jamie a teething toy that looks like a tiny Starbucks cup. Every time I go to the store, a stuffed bear, or pig, or giraffe with big, adorable eyes catches my attention and I feel like my baby must have it. Of course, he’s never as excited as I am about any of the toys I get for him. He always seems a bit skeptical. As if since I’m offering it to him, he’s sure it’s not fun.

Let me give him my car keys to play with for a few minutes, though, and he’s over the moon. I’ve tried to trick him into preferring his own toys. I’ll play with them and pretend that it’s not for babies. That doesn’t work.

I’ll show it to him and then put it just of his reach so that he’ll go after it like he does my iPad or a pair of shoes. That doesn’t work, either.

I think my next step is to just give up. The other day at playgroup, a mom said she went to the dollar store and just bought a bunch of things that they have around the house. She got a plastic whisk, a big spoon, and a gadget that looks like a remote control. It worked!

That’s not to say I’ll stop buying toys, because duh, adorable! I’ll just keep pretending that I’m buying them for him and not myself.

What kind of toys does your baby prefer?