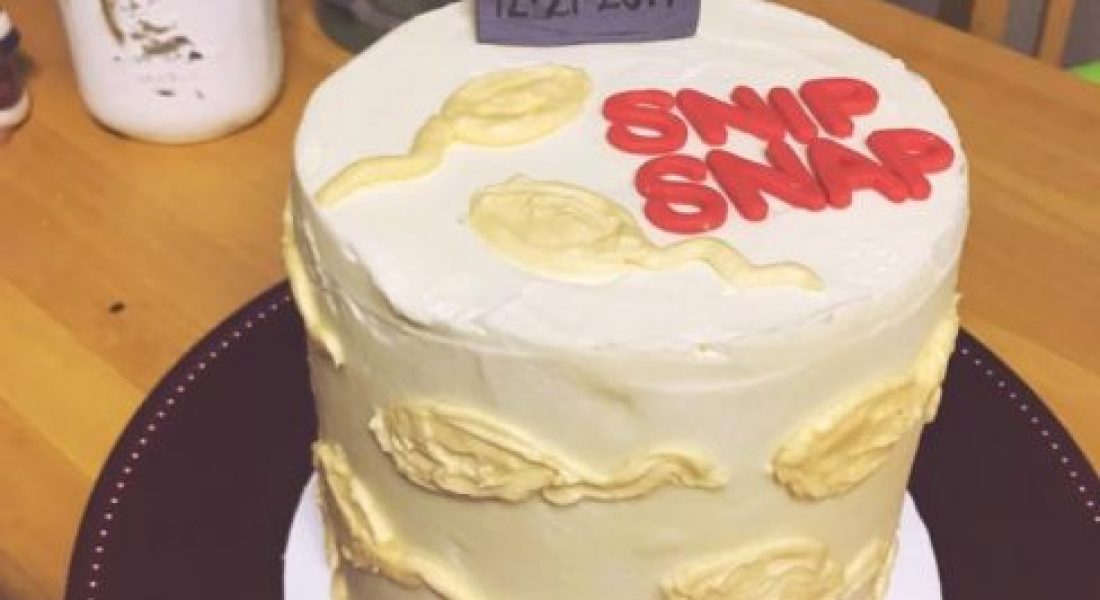 Deciding to add a baby to the family is a momentous occasion. But an equally important milestone is knowing when you’re done having children, and doing something about it. Permanently.

Kimberly Hemperly wanted to commemorate her husband’s upcoming vasectomy, so she threw him a celebration like no other — a “balls voyage” party. On December 17, Hemperly shared photos from the hilarious shindig. And guys, it’s perfection.

“We have an announcement to make! We are thrilled to say we will NOT be adding anymore tiny humans to our family!” Hemperly wrote on Facebook. ” My husband is taking one for the team and to celebrate this momentous occasion I felt the need to throw him a little “Balls Voyage” party for his upcoming procedure. Because omg y’all nobody is more excited about this than me. #teamnomorebabies#snipsniphooray#recrationaluseonly”

“We decided we were done after our son was born. We also have a 4-year-old daughter, so one of each …. No sense in us going for any more, haha,” Hemperly told BabyCenter. “I initially heard of ‘balls voyage’ on Real Housewives of OC, but that chick had a yacht. I came up with my own little celebration for my husband.”

Hemperly explained that she wandered the grocery aisles searching for anything balls/sausage related and went from there. (I spy Ding Dongs, various meat products, Milk Duds, pumpkin seeds and Jelly Belly jelly beans.)

She was the one who made the “swim team survivor” shirts for her kids and the “time to retire the swim team” shirt for her husband.

A “local nonjudgmental friend” helped her with the cake, Hemperly said. (The tombstone and the words, “snip snap” written in red really make it pop, no?)

As for Hemperly’s husband’? She shared that he was surprised by his “balls voyage” party — but that he loved everything and thought it was hilarious. “He had no problem with me sharing it on social media because he said, ‘It’s not like everyone is going to see it,'” Hemperly told BabyCenter. “He’s been an amazing sport about it all, though. Anyone that knows us, especially me, knows that this is 100-percent my sense of humor. I love laughter, and finding the light in any circumstance.”

That cake! Those shirts! The basket of ball- and sausage-related food! Seriously, I can’t decide which part is my favorite. My husband has already volunteered to get a vasectomy when we’re 100-percent done having kids. And you can bet I’ll be stealing this idea and ordering him a sperm cake for the occasion.

What do you think of this “balls voyage” party? How would you celebrate a vasectomy?