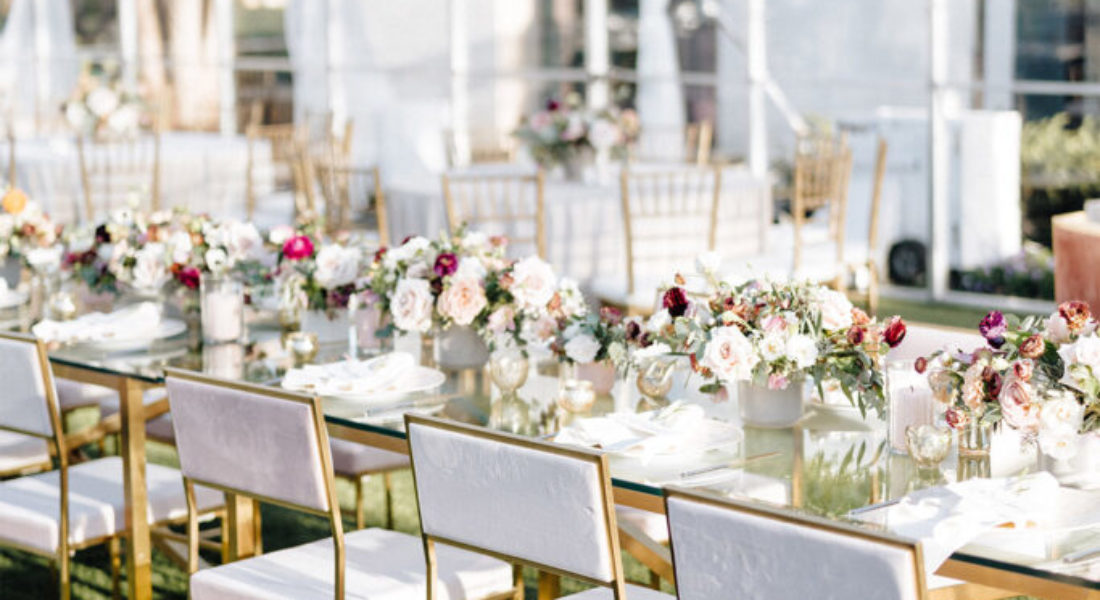 “Are you about to propose right now?” After Scott Moody stopped and took Alexis McDonald for a walk in the middle of their drive to have dinner with her parents, she suspected he was close to dropping to one knee. The pair of Dallas natives became a couple after they met on a dating app, only to find they already shared several mutual friends. And on that day a year and a half later, when Alexis suspected their before-dinner detour was for more than just killing time, she was right—he popped the question, and the two sealed the deal at the Dallas Arboretum on January 18, 2020. “I’m not really a traditionalist when it comes to weddings,” says Alexis, who used her design background to create a modern event that reflected their personalities and offered an inviting atmosphere for friends and family to mix and mingle under the Texas night sky.

With a background in architecture and design, Alexis knew she wanted her wedding to reflect her cool, modern style. With help from her mother as well as wedding planner Kristin Shepelwich of AK Event Design, her vision of an outdoor, Santa Barbara–style celebration came to life. “Our desire was for the wedding to tell a story, which started with an editorial picture from a fashion magazine her mom had found months before,” Kristin says. Alexis’ style—simple yet elegant, beautiful but low-maintenance, function over form—created the basis for the design decisions, with the reception layout purposefully curated to allow for mingling between the two families and sets of friends. Traditional table-and-chair dining was swapped with functional (and chic) lounge seating that fostered a more intimate environment. “We just wanted everyone to get to hang out and talk and chat,” Alexis says.