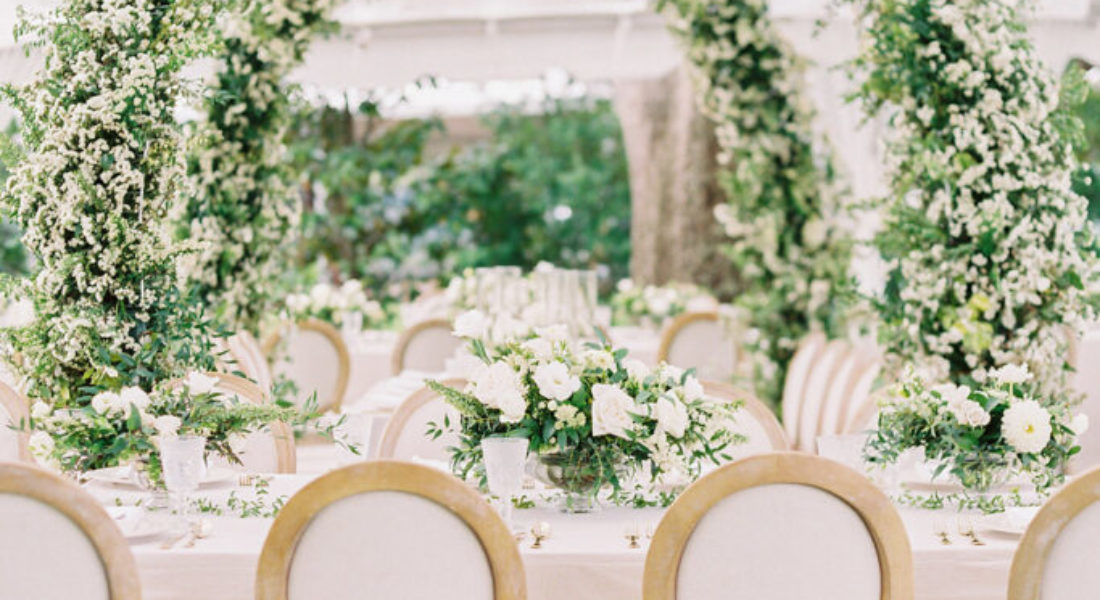 Bliss Bonan knows her love story is a bit cliché: American girl goes to study in Paris, meets the man of her dreams, and falls in love. “French men and American women are notorious,” she laughs. But when she met Josselin Ciais Calador, their connection was anything but ordinary. “It was like I had already known him—like I’d already met this person in another life,” she muses. Though the low-key Bliss wasn’t even sure she wanted a traditional wedding, when her studies in Paris were coming to an end and the couple was deciding what the future would hold, Josselin presented Bliss with his great-grandmother’s ring. The international pair decided on Charleston, South Carolina, as a central meeting point for both families and let Bliss’ mother—along with planner Karli Spangler of Ivory and Vine Event Co.—take the lead on planning their June 8, 2019, intimate morning wedding and coastal brunch. Both vegans and dedicated environmentalists, the now Fort Worth–based bride and groom took special care in setting a vegan-friendly menu and selecting low-impact options whenever possible. In the end, the laid-back bride was blown away. “For someone who wasn’t really keen on doing any type of wedding, we are so grateful that it did happen this way,” she says. “It was everything that we wanted.”

Go Your Own Way

Not-your-average bride calls for not-your-average wedding. During a time when there were no restrictions on guest counts, Bliss and Josselin intentionally capped their celebration at 50 friends and family members. “I wanted something intimate, something very unique,” she says. The day began with an 11:30 a.m. ceremony followed by brunch. But the early start time didn’t make for a demure event. “I thought brunch was going to be very calm, maybe a couple of slow dances,” remembers planner Karli Spangler. “But Josselin’s family was break-dancing and doing back flips at like 1 p.m. They had so much fun.”  The fun continued that evening, with an afterparty at The Dewberry.