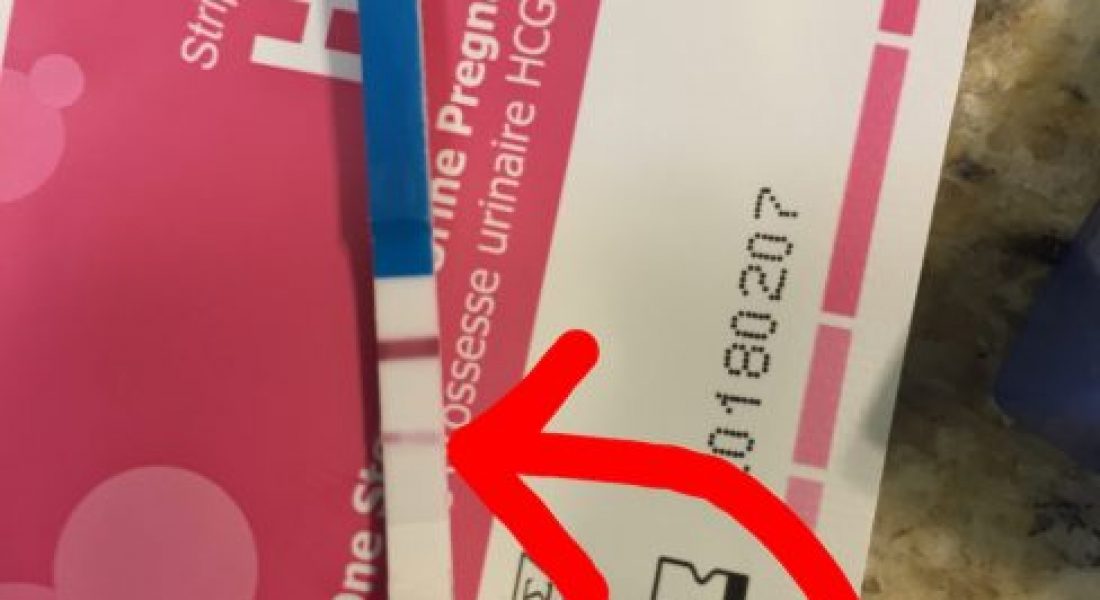 We were ready for another baby.

Our firstborn was 2-and-a-half and my husband was finally on board and ready to try for a second child. I thought we would get pregnant right away. But we didn’t.

The morning of my birthday I excitedly took a pregnancy test — I felt that hopeful feeling every mom feels when she wants to see those pink lines. When a faint line finally appeared on the bottom I nodded my head in agreement.

I knew it. I knew it. And just a few days after Mother’s Day too. How amazing!

But later that day, the spotting started. I called my midwife frantic for answers. This did not happen with my first pregnancy.

She assured me that false positives weren’t a thing. If I had HCG in my system, it would turn the test positive. Perhaps my levels were just low because it was so early.

I was instructed to relax and wait a few days. Spotting was sometimes completely normal.

But it didn’t stop. I wanted to share the news with close friends and family, but now I wasn’t so sure. I tested again a few days later and the lines didn’t appear any stronger. My HCG had not increased. In fact, I could barely see the line.

I was going to lose the baby.

My husband and I walked to the park with our son. I could feel my body letting go as the real bleeding began. By the time we got home I knew it was happening — the beginning of the end.

Although I was only pregnant for a few days I was surprised at the amount of blood I was passing. My body was preparing for this baby as if it could carry to term.

But it just couldn’t.

I bled profusely for the next eight or nine days. All the while taking my son to school, hopping on conference calls, grocery shopping. I silently joined the club of women who have quiet miscarriages while carrying on with life.

Inside I felt overwhelmed by disappointment. Of course, we could try again, but that felt too far away. I wanted to be pregnant NOW.

No one really knew the loss I was mourning. My grief didn’t really fit anywhere. I had never heard a story of such an early miscarriage. Because it started and ended so fast I didn’t feel entitled to sympathy. If I hadn’t taken the test, I’m not sure I would have even known what was happening.

It was sad and confusing and frustrating. Why didn’t my body just hold on? What was it about this pregnancy that didn’t work? I asked all the questions mothers of loss ask. What if I can’t get pregnant again?

A week later my son’s preschool teacher made a comment that it was time for another baby.

If she only knew.

Then, months later, two strong, solid pink lines appeared faster than I could blink. There was no spotting this time. I held my breath all that first trimester.

Now my daughter, my second-born, is 19 months old.

Sometimes I think about that baby that was lost almost before it ever was. He or she was only with us for a few days. I wonder what would have been if that pregnancy had lasted.

I still ask those impossible questions. Especially around my birthday and on Mother’s Day. These questions have no real answers. They lead to phantom scenarios and another life — not this life — which is really the only one I can fathom.

Has it happened to you, too?