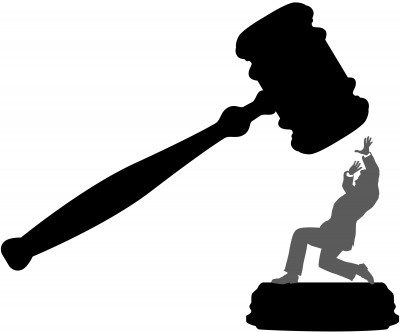 Abuse of process is a cause of action in tort arising from one party making a malicious and deliberate misuse or perversion of regularly issued court process (civil or criminal) not justified by the underlying legal action. It is a common law intentional tort.

My story: Is the system geared towards women and open to exploitation?

It sickens me to hear of women working the system to further fuel a malicious parent with the intent to wrong foot and prevent the other parent from access to the children. I am aware of the exploitation of the processes involved. Once a non-molestation order had been granted CPS get involved in any breaches and the respondent will earn him or herself a criminal record.
Once that order is served the respondent must abide by it until the appeal hearing date or risk facing a criminal record. This then can have far-reaching implications not just for work and child contact hearings. With legal aid no longer an option and the threat of arrest being used to keep dads at bay is it time this issue was looked at sensibly?

I went to my nearest family court heart in mouth and shaking with nerves as to whether I could get the thing granted and panic at feeling left so vulnerable after the ABH hearing was concluded without offering me any protection.

It cost me a lot of stress and then money to have the thing served on my husband. It was granted ex-parté which meant the respondent knew nothing of it until served on him. Legally he must be offered an opportunity to appeal within 2 weeks from the date it was granted. I experienced plenty difficulties in then having it made live with the Police as it was served on a Friday and the police online system would not be updated until the Monday. Meaning that until then the order would not be recognised as legally enforceable. Leaving me and the children wide open to the respondent to further abuse which he did not fail to offer as he was so enraged by the order and was subsequently arrested on Sunday once I could convince the responding officers that the order had been served and should be recognised as legally enforceable from that point. He was, held in a cell overnight and attended a hearing in the criminal court on the Monday morning where he was charged with breaching the order and ordered to pay fines.

The respondent and I attended the family court for the appeal. The usher of the court had assured me I could sit separately from the respondent but when I arrived he was already there eyeballing me and came up to me in the waiting area to hand me his document prepared for court listing over 50 fictitious complaints against my character as a mother and woman. There were no members of court staff in the waiting area.

The judge suggested we make undertakings, whereby in his presence the respondent would swear to abide by reasonable behaviour agreed on in that hearing. My solicitors strongly advised that this would be the outcome and that I should not accept under any circumstances given the nature of events to date.

A full hearing was then set for a full 2-hour cross-examination of both myself and the respondent as to our evidence for or to contest the order. This really floored me and filled me with dread.
As it turned out we had an upcoming hearing in the criminal court regarding the constant breaches of the order and I was granted a restraining order that made the non-molestation order redundant. I gratefully then requested that the order is vacated.