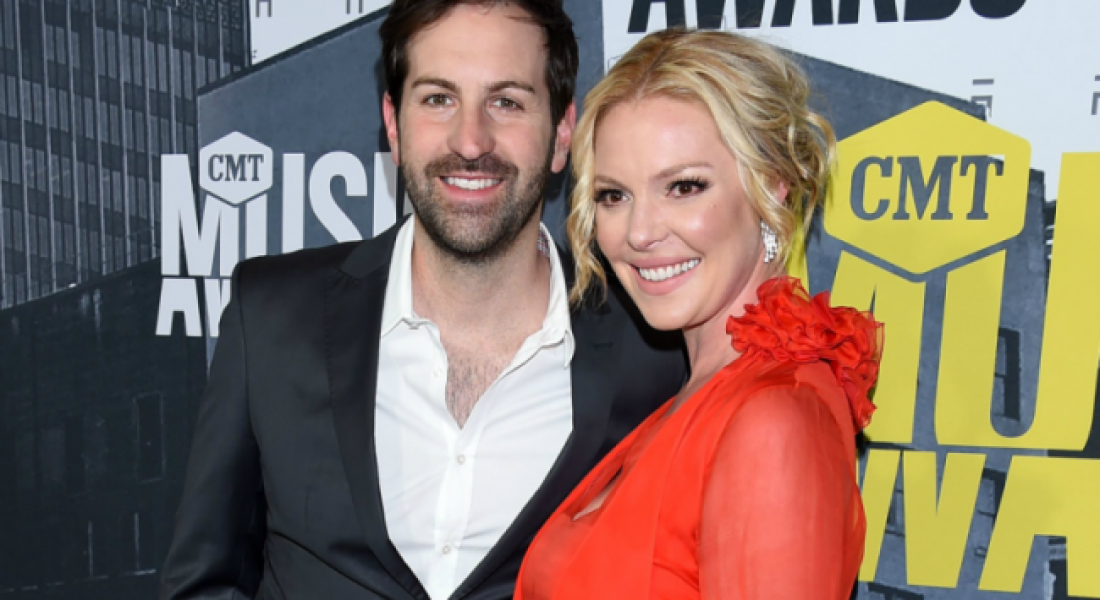 I loathe romantic comedy movies — unless I’m sick. Or an emotional wreck. Or in labor. Then, all of a sudden, I find a certain kind of comfort in the ultra-predictable format.

While pregnant with my first son I had the best of intentions to be fully present as he came into our world. I made a playlist of classical music and listened attentively to the breathing instructions given at our birth class. Never in my wildest dreams did I imagine that instead of Mozart it’d be a Reese Witherspoon-type getting me through those long hours.

Katherine Heigl, no stranger to the romcom scene herself, gets it. A peek at a recent Instagram share, in which she opened up about her son’s dramatic birth…

“Joshua Jr had been in the breech position for over a month and had still not moved an inch a week before his due date so I made the decision to have a cesarean and was incredibly nervous…They numbed me up, gave me some morphine and opened me up. My doctor struggled to get him out because he was really wedged in there and not quite ready to leave the womb.

When she finally pulled him out at exactly 12:33pm he didn’t start breathing and they worked quickly to get oxygen in him and start his tiny lungs. @joshbkelley was standing with them when he finally took his first breath. That day, as I slowly came out of the morphine haze and clutched my tiny man to me I thanked the heavens for his breath, his life and for making me a mother three times over.

As evening settled in Josh and I got cozy in my hospital room, found one of my all time favorites #SweetHomeAlabama on the tv and just relished in our perfect newborn son. He was so tiny and new, so fragile and tender.”

Reese to the rescue!

Sometime deep into the 22 hours I labored,  a mixture of exhaustion, boredom and fear permeated our hospital room. My husband tried turning on the TV just for the distraction, but infomercials and 24-hours news weren’t going to cut it. Then we stumbled upon Runaway Bride, and I nearly cried in relief. I mentally threw myself into the arms of Julia Roberts and gladly let her take me temporarily away from it all.

I never fathomed I’d do something as silly as watch a cheesy movie through some of the most important hours of my life, but a little romcom relief turned out to be just what we needed.

Did you watch a show or movie while in labor? Which one?