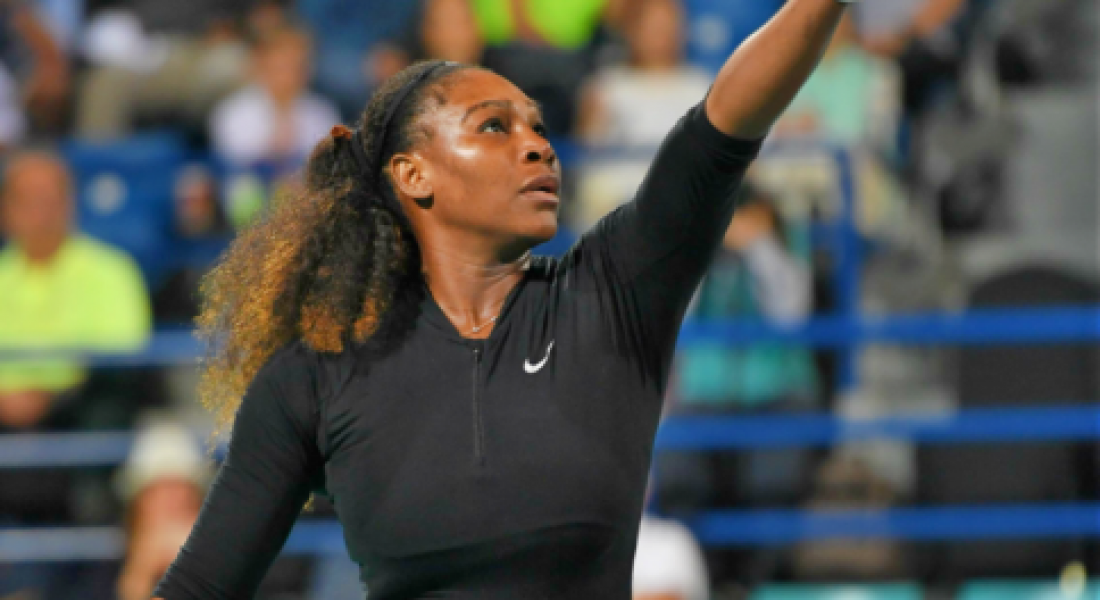 Serena Williams (new mom, tennis champ and general badass who isn’t afraid to advocate for her own health) is sharing her daughter’s birth story for the first time. Though lucky enough to have an enviably easy pregnancy, the 36-year-old went through a harrowing postpartum ordeal.

The drama began when Serena was rushed to have an emergency c-section after daughter Alexis Olympia Ohanian Jr.’s heart rate plummeted during contractions. Serena’s new husband, Alexis Ohanian, was able to cut the cord and the baby girl was laid on her mother’s chest.

“That was an amazing feeling,” Serena recalled. “And then everything went bad.”

As Vogue tells it:

The next day, while recovering in the hospital, Serena suddenly felt short of breath. Because of her history of blood clots, and because she was off her daily anticoagulant regimen due to the recent surgery, she immediately assumed she was having another pulmonary embolism. (Serena lives in fear of blood clots.) She walked out of the hospital room so her mother wouldn’t worry and told the nearest nurse, between gasps, that she needed a CT scan with contrast and IV heparin (a blood thinner) right away. The nurse thought her pain medicine might be making her confused. But Serena insisted, and soon enough a doctor was performing an ultrasound of her legs. “I was like, a Doppler? I told you, I need a CT scan and a heparin drip,” she remembers telling the team. The ultrasound revealed nothing, so they sent her for the CT, and sure enough, several small blood clots had settled in her lungs. Minutes later she was on the drip. “I was like, listen to Dr. Williams!”

Unfortunately, that wasn’t the end of the rough recovery.

Over the following six days, Serena Williams’ c-section wound popped open from the intense coughing spells caused by the pulmonary embolism. When she returned to surgery the doctors discovered a large hematoma had flooded her abdomen. The potentially lifesaving blood thinner was causing hemorrhaging at the site of her c-section. Another surgery followed to have a filter inserted into a major vein, which would prevent more clots from dislodging and traveling into her lungs.

Serena was eventually able to leave the hospital, but couldn’t get out of bed for her first six weeks of motherhood.

“I was happy to change diapers,” new dad Alexis shared, “but on top of everything she was going through, the feeling of not being able to help made it even harder. Consider for a moment that your body is one of the greatest things on this planet, and you’re trapped in it.”

At four months old their baby girl (Serena calls her Olympia while Alexis prefers Junior) is doing great, and Serena is getting stronger by the day. Still, they worry about raising their child in their unique lives.

“I’d like her to have a normal life. I didn’t have that,” the new mom said, while Alexis pondered: “She’s obviously going to have a very special life, but there are enough cautionary tales about kids who grow up in the spotlight. How do you make your kid live in reality when your own reality is so…unreal?”

Have you had to advocate for your healthcare as well?