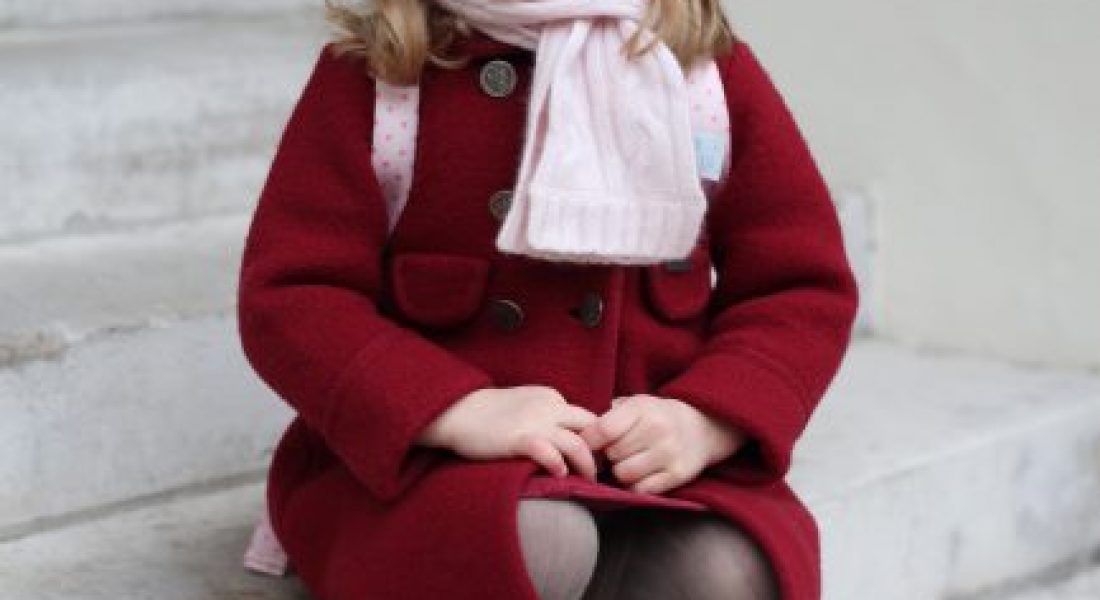 Princess Charlotte was all smiles on her first day of nursery school this week, and the super-cute milestone was captured on camera by her mom, the Duchess of Cambridge.

In photos released by Kensington Palace on Monday, the 2-year-old definitely doesn’t seem to have any first-day jitters. Bundled up in a red pea coat and pale pink scarf, little Princess Charlotte is positively beaming — and looks more than ready to tackle preschool.

“The Duke and Duchess of Cambridge are very pleased to share two photographs of Princess Charlotte at Kensington Palace this morning. The images were taken by The Duchess shortly before Princess Charlotte left for her first day of nursery at the Willcocks Nursery School,” reads the message that accompanied the pictures.

Prince William and Duchess Kate chose to enroll Princess Charlotte in Willcocks Nursery School, rather than the Montessori school that her big brother Prince George attended. PEOPLE‘s coverage of the tiny royal’s big day also included this fact: “Unlike George — who started at his school on a part-time basis — Charlotte will be attending full time.”

The fact that the Duchess, who celebrated her 36th birthday yesterday, is expecting baby #3 in just a few months may have something to do with the decision to send Charlotte to school full-time immediately. It can be nice to have a bit of quiet, calm time in those newborn days, and that’s hard to come by with a 2-year-old in the house — er, palace. Luckily for them, the Duke and Duchess no doubt have plenty of staff around who can lend a hand with the kids.

With my oldest, the thought of sending her out into the world — even just a tiny corner of it — without me seemed almost unimaginable. She was apprehensive, but of course did just fine in the end. My younger daughter’s first day of school was still bittersweet, but she and I both seemed readier for it.

Unlike Charlotte, though, neither of my girls cooperated long enough for me to take a decent photo!

How did your kids do on their first day of school?