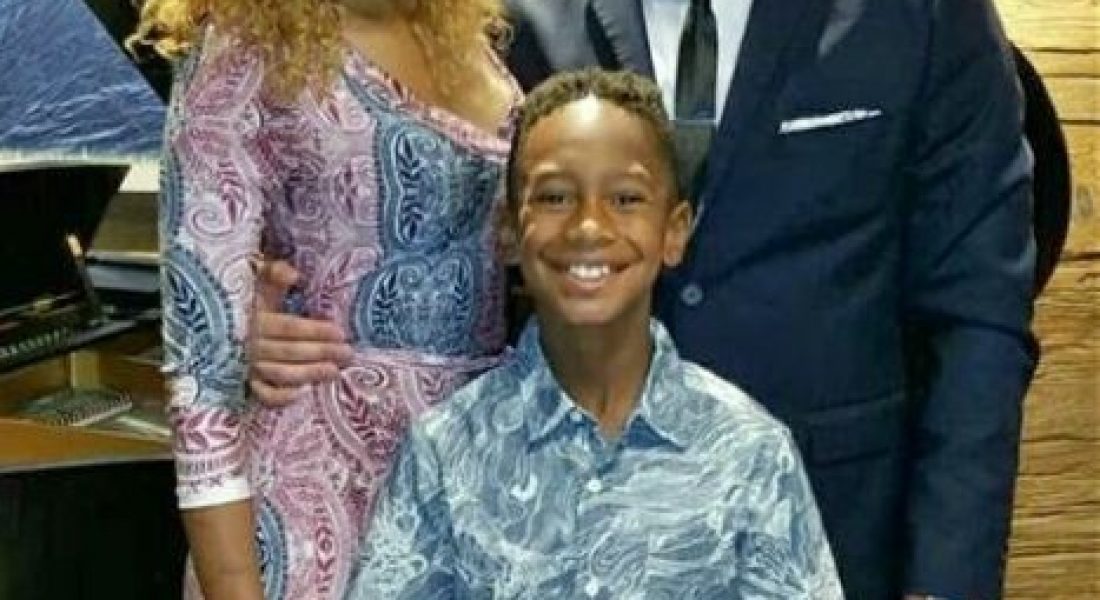 Nick and Vanessa Fisher are passionate about prenatal care and birth options, so when their doctor recommended an External Cephalic Version [ECV] to turn their breech baby they filmed and shared the procedure. In just a few short weeks nearly three million people have watched.

Dr. Cummings performs a successful External Cephalic Version [ECV] to turn our breech baby at 38 weeks. Prior to the procedure, we attempted a number of other methods to turn the baby naturally. Ultimately, our goal is to avoid a cesarean section by any means possible.

At first glance I couldn’t believe Vanessa didn’t appear to be in more pain while her baby was turned, but she shows subtle signs this wasn’t easy, she tells us.

The 29-year-old, who is also mom to an 11-year-old son, tells BabyCenter this pregnancy has been easy and uncomplicated, and she’s been under the care of midwives. The baby boy she and husband Nick are expecting had been breech since 28 weeks.

“Our midwife recommended a consult with Dr. Cummings at 37 weeks after the baby had not turned,” Vanessa tells BabyCenter. “I had tried other suggested methods to turn him at home but none were successful. I was fully prepared to to stick to my natural, home birth plan and deliver a breech baby in the event that the External Cephalic Version was unsuccessful but we still wanted to give it a try.

Dr. Cummings was in support of whatever decision Nick and Vanessa made, and took the time to clearly describe the ECV procedure, what it entailed, and the possible risks.

“The most important point I took away from our conversation with Dr. Cummings was that the objective was to birth a healthy baby, how he/she comes about is secondary,” Vanessa says.

“It was humbling to be reminded of this. I was so determined to strictly adhere to my birth plan that I had lost sight of the fact that although we all have our preferences, our priority as mothers should be to do what needs to be done to get the baby here, in our arms. It was wonderful to have a doctor and midwives who uphold this sentiment and provide parents with options to make good, educated decisions for themselves.”

“I was tense and possibly still slightly apprehensive about the procedure which it made it more difficult to turn the baby,” Vanessa explained. “He stopped there, concerned that it was too painful for me. Then he offered that we try it again in a hospital setting. He would attempt it a second time after administering a medication that would relax my uterus.”

Vanessa took a few days to mentally prepare to try again, and then it was go time.

“Physically, there was a lot of pressure, it was unpleasant,” she recalled. “You might notice that I almost grabbed [Dr. Cummings’] hand when he was pushing on a sore spot. But I knew that I was in good hands and he was done so quickly I was very impressed. The peace of mind that came with the success of the procedure was priceless.”

“It was important to us to share the video to make others aware that there are options available to them, as well as professionals who are dedicated to seriously considering and honoring the desires of mothers through pregnancy and childbirth,” Vanessa went on to explain.

“My husband and I chose a natural path for care and delivery for this pregnancy. It has been enlightening and liberating to be able to experience this process on our terms. My personal belief is that the medical system in our country has unnecessarily infiltrated what God has crafted to be a beautifully natural part of life. Although in some cases it is needed, cesarean shouldn’t be the first and only solution to any and every hiccup in pregnancy.

“I don’t like to see a doctor’s convenience or pharmaceutical profit take precedence over a mother’s right to make good choices concerning her own body and child. Childbearing is a blessing, not a business. My husband and I gladly shared a glimpse into our journey through this pregnancy not to imply that what we chose was right or wrong, but that it was elective…and the icing on the cake…it was successful!!!”

When I spoke with Vanessa on Tuesday (January 9), she had yet to go into labor and is now just over 41 weeks along! Her care team continue to monitor both her health and the baby’s health.

“The baby is doing great breathing, active, with plenty of amniotic fluid,” she told BabyCenter. “And he is still in the head-down position.”

Best wishes to them both as their baby boy is welcomed into the world!

What complications did you face while expecting?

Images shared with permission from Nick and Vanessa Fisher