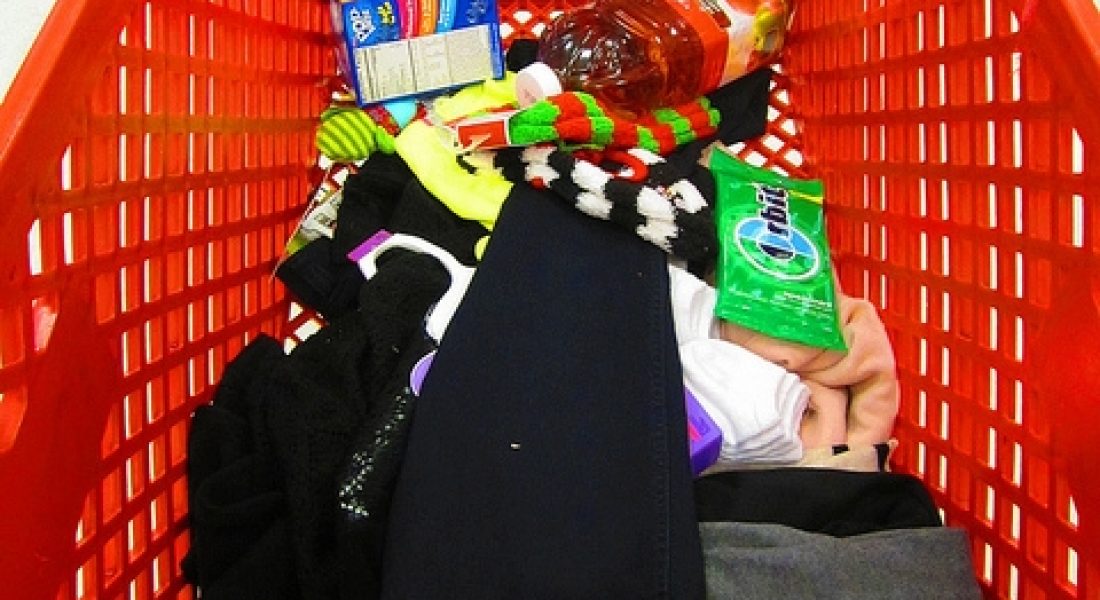 If there’s one thing moms can agree on in this polarized world we live in, it’s that a shopping trip to Target is never straightforward. You might pop in with the intention of buying toilet paper. But, without fail, you’ll end up leaving with a cart full of snacks, cute clothes, Dollar Spot steals, and home decor. But no stinkin’ toilet paper.

Well, one Georgia mom recently took this law of Target to the extreme. Because instead of the nursing bras she originally came for, she left with a brand new baby.

Tanya St. Preux Picault was inside the store when she started having intense contractions. Another shopper, Lisa Bozeman, noticed the mama was having a rough time and approached her. “I saw a very pregnant woman who looked to be in pain,” Bozeman told Fox 5 Atlanta. “She mentioned that she needed to get a few things, then ‘might’ go to the hospital to be checked since her contractions seemed to be getting strong.”

Bozeman suggested that Picault should speak with her daughter, Caris Lockwood, who is a labor and delivery nurse. The mom and her nurse-daughter urged Picault’s friend to bring a car to the entrance. In fact, they were helping the laboring mama to the car when things really started speeding up.

“I didn’t know she was going to deliver that fast at first, but then she had a really painful contraction and her water broke. As a labor and delivery nurse, I kind of knew what was about to happen,” Lockwood told WPTV News.

About 20 minutes later, Lockwood — assisted by an ER nurse who also happened to be at Target — delivered Picault’s 7-pound-15-ounce baby boy, just outside the store’s entrance. Paramedics who had responded at the scene allowed Lockwood to cut the umbilical cord, and then took the new mom and baby to a hospital. Picault ended up naming her healthy fourth child Maleek.

“Caris was God-sent and amazing,” Picault said, according to a Facebook post by Piedmont Healthcare. “She was sweet and caring and exceeded everyone’s expectations. She went way over far and beyond.”

“I think the right people were in the right place, and it was just one of those surreal things,” Lockwood told WPTV News.

The moral of the story? If you have to go into labor in a public setting, apparently Target is where all the nurses hang out. In all seriousness, though: I wonder if the store will be giving little Maleek a special welcoming gift. (You know, like the babies who are born on airplanes and end up getting free flights for life?) Hey, I know I’d be over the moon with a Target gift card.

What do you think of this birth story?