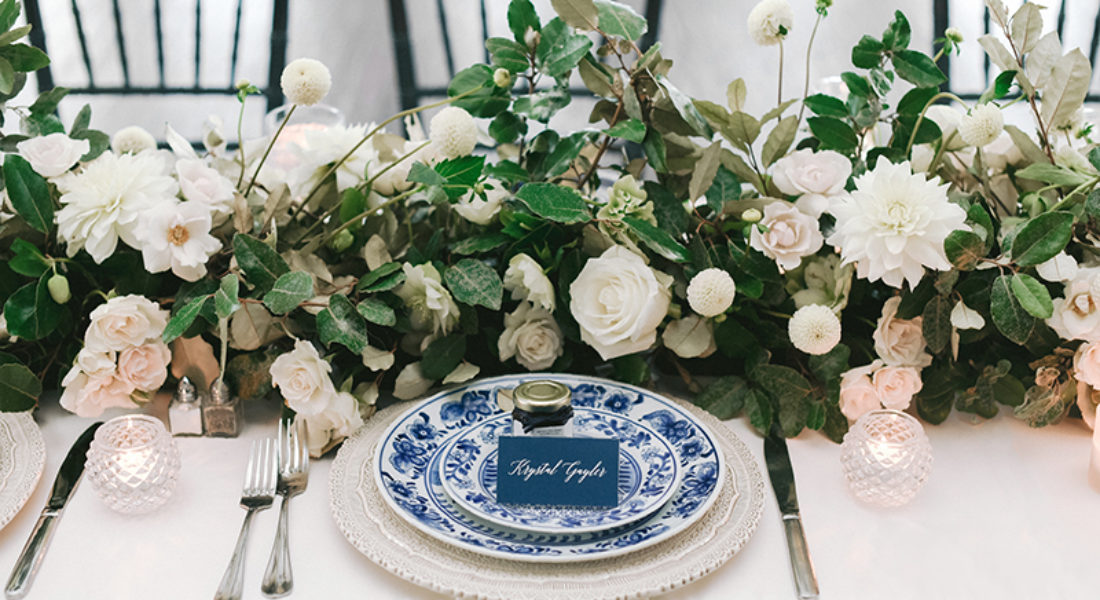 Having a last name at the end of the alphabet payed off for once for Kristen Zahnow and Hao Wu. The couple was often paired together for group assignments while attending SMU’s law school, which is where they met and fell in love. After a proposal at Austin’s Mayfield Park, they set the date for a September wedding. The couple wanted an outdoor affair, but instead of subjecting their guests to the Texas heat, they looked to Max Owens Design to transform The Room on Main into an airy, garden-inspired space. “The wedding reflected my love of nature and flowers,” Kristen, who holds a degree in botany, says

When selecting tableware, the decision was simple for Kristen. Rather than searching for inspiration, she dug deep and chose something she has always loved. “I just really like blue and white porcelain,” Kristen says. “I think it’s beautiful.”

Walk on the Wild Side

While Owens was ultimately tasked with working her wildflower magic, Kristen was the one who originally envisioned the organic blooms adorning the blank canvas of the space. In addition to the arch, garlands lined the aisle. “They really looked like they were blooming right there—coming up and out from the floors,” Kristen says.

The post Kristen Zahnow and Hao Wu Marry After Finding Love at the End of the Alphabet appeared first on D Weddings.