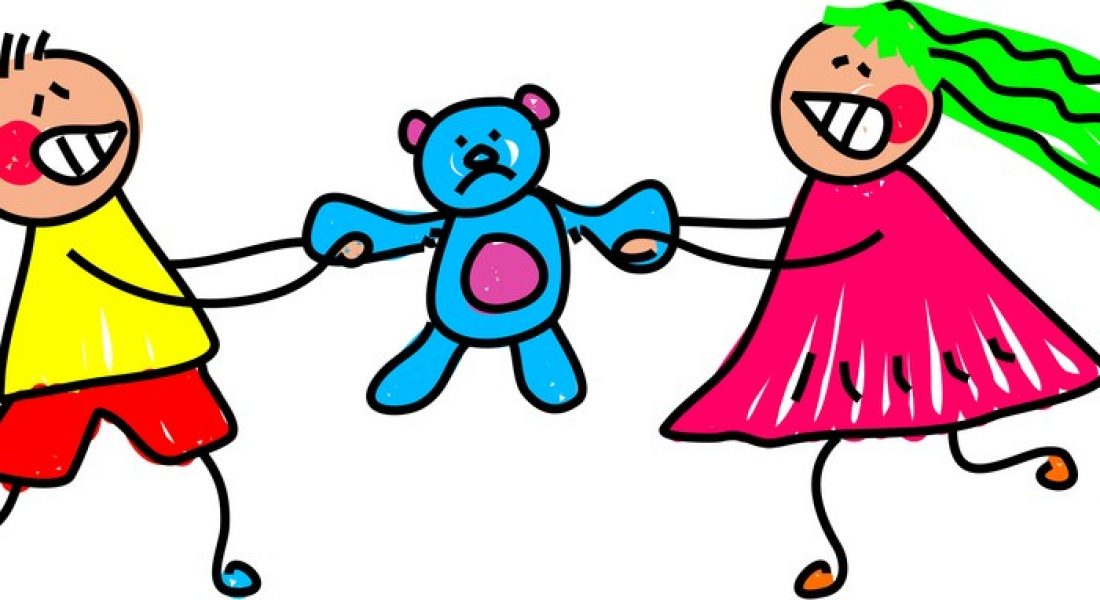 Problem solving and conflict resolution should be taught to children from early on. Making a child understand these situations is key. Otherwise, that lack of understanding will roll on into nursery, school and beyond as behaviour deemed bad tempered/inappropriate/selfish/bully.

This can have an additional knock-on effect of making the child feel ‘bad’, ‘isolated’ or ‘confused’ as they are being told off for something they do not understand. Problem solving and conflicts are part of children’s everyday life. So it is best to teach conflict resolution and problem solving habits and skills rather than just ‘resolving’ on behalf the child.

Early age children are in an exploration and self-discovery mode. From there you will gradually see the children playing together but not as a coordinated group. In other words, the next progression is to see a group of children playing together but they all still have their own toys and views. The next step of this progression is around 2 to 3 years old where you will see children begin activities that start to require interaction and subsequently problem solving and conflict resolution i.e. not sharing, or ‘MINE!”.

As parents, you have the regular opportunity to teach and instil conflict resolution, problem solving techniques and skills. Instead of saying – ‘no stop that’ or ‘share that’ it should be clearly explained so that your child understands the ‘why’ and is positively recognised for subsequently following your example. Long term this is a better learning process for you and your child – as opposed to the simple route of just constantly telling your child off.

As a part of conflict resolution, it is important to get children to express themselves and get past their initial emotional reaction. This will initially take some time and practice, and you may have to take the time to get back to, and discuss the conflict that occurred at a later time after the emotions have calmed down. Discussing previous conflicts and how they should have reacted and handled them is a key to their emotional growth. As is recognising when they being to demonstrate their new problem solving and conflict resolving abilities.

As all children do early on, before they have the ability to concisely express themselves, they learn that crying and even screaming resolves their conflict because as parents we try to please their behaviour by giving them what they want or need. But as responsible parents, we should teach conflict resolution and make it be a practised activity. With my children, I make a big deal of their good sharing and non-conflict behaviour – I recognise the good behaviour as ‘wow it’s the problem solving Ninjas!. I try to teach them in a way that that can understand and relate to. They like Ninjas, so I incorporate ‘ninjas’ into their learning and development at home.

So relating and teaching conflict resolution to your children is absolutely integral to their social development and growth. Without this understanding, children will grow into adults resolving problems the only way the have ever known how to do: with emotional behaviour and sadly, many times with force.

Make problem solving and conflict resolution part of your child’s everyday learning and development. As it will serve them with depth and confidence throughout their development into adults.