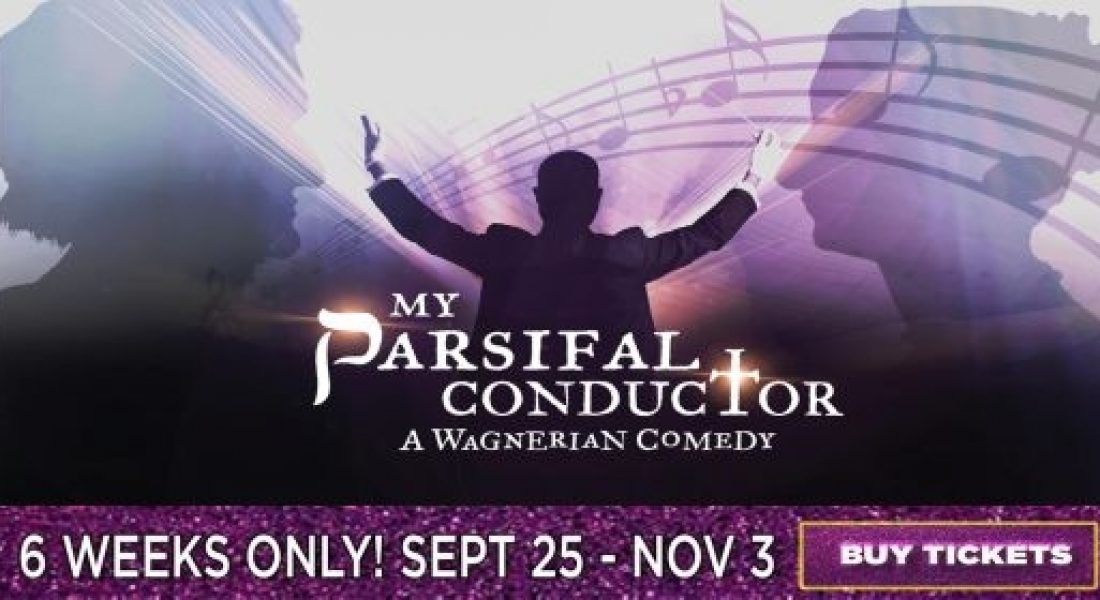 Musical genius Richard Wagner (Eddie Kobich) and his devoted wife Cosima (Claire Brownell) find themselves in a moral, political and musical dilemma when King Ludwig of Bavaria (Carlo Bosticco) insists that the son of a rabbi, Hermann Levi (Geoffrey Cantor), conduct the premiere of Wagner’s sacred final opera, Parsifal. In this comedic spin on real-life events, Maestro Levi must consider his complex relationship with the Wagners. Does Art have its “special needs,” after all? MY PARSIFAL CONDUCTOR is the World Premiere comedy that dares to probe that question.

Written by EMMY and Writers’ Guild Winner Allan Leicht, MY PARSIFAL CONDUCTOR is directed by the founder of the New York’s Chelsea Theatre Center, Robert Kalfin and produced by the award-winning not-for-profit theatre company The Directors Company, by special arrangement with producer Ted Snowdon.