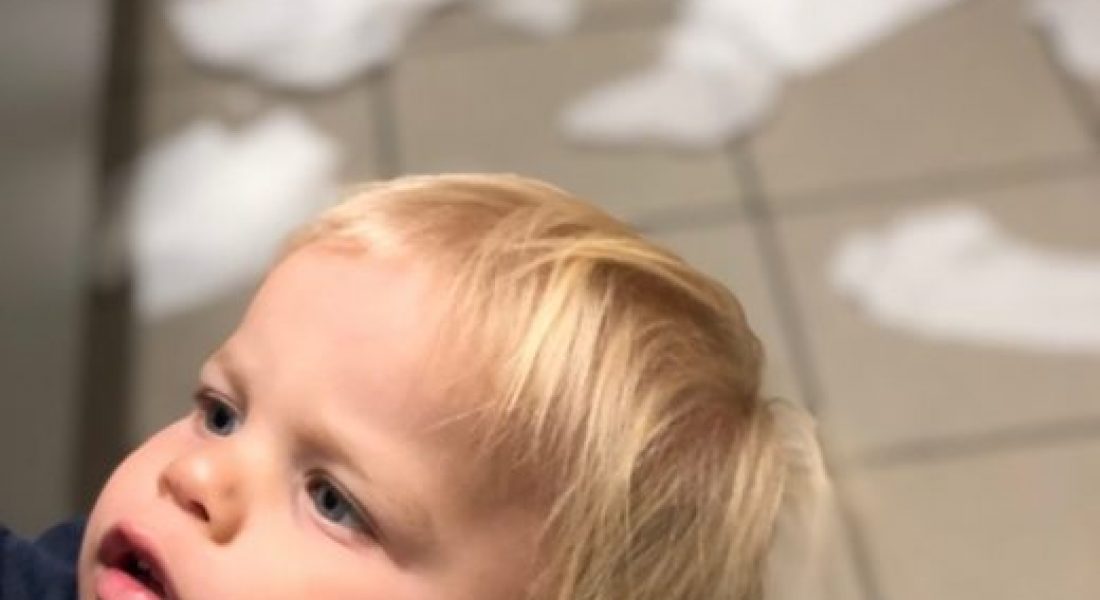 My son is going through a phase right now. He screams, laughs, cries, gives kisses and sometimes doesn’t listen. It’s called “childhood,” and we expect it to pass sometime in the next 18 years.

This doesn’t mean he’s naughty nor that my husband and I are bad parents. It means he’s learning and growing. Doing exactly what he’s supposed to: being a child.

I’ll admit, it can be rough sometimes. I thought I knew tantrums. Public outbursts. But the week he turned 20 months-old we leveled up. It’s a combination of things. He’s bigger. Understands more. All of which leads to greater frustrations.

And I haven’t found my tantrum confidence yet. You know, the kind that gives you the grace to ignore the rest of the world while your child screams bloody murder in public. For important reasons crucial to their well-being, like a broken cookie or not letting them throw things.

I notice the looks. And care. I’m hoping I won’t always, though for now I still do.

And boy, are those looks rough. You know the ones. It’s as if you feel them searing into your skin, so you turn. Meet their eyes, and you immediately get that “Oh, I was just being curious, not judgmental” nod. But you both know.

The past few days almost did me in. It’s almost as if I’ve forgotten how to parent. I feel like I somehow snuck into a club that I have no business being in.

He used to be great in public restrooms. Not anymore. He opened the door and shouted “poooooop!” Looked under the stall and said “hi!” to the poor woman next to us (this part did make me laugh). He touched everything. Shredded toilet paper seats. Screamed. A lot.

He doesn’t want to be carried or in a shopping cart. “Down! Walk!” he’ll shout if I try. But that also means, “I’m not going to listen or hold your hand.”

A store clerk actually shushed us the other day. Then, as my son continued to shout, enjoying the echo he discovered, the clerk asked me, “is something wrong with him?” That man is dead now, I’m sure we can all agree I did the world a favor (kidding).

The next day we were in a boutique with a children’s section. Which would lead one to believe this was a kid-friendly store. I was trying to be quick; my teething child was chewing his finger and asking for Elmo on repeat.

As I explained that I wanted a graduation gift for my niece, the clerk insisted on showing me baby bibs. “My son doesn’t use bibs,” I explained. She wouldn’t budge. “Just this one. It was made for him!”

I begrudgingly followed her. She held up a bib that read “I don’t follow rules.” I was perplexed.

“Isn’t this perfect for your son? He’s so… spirited.”

I don’t ignore my child when he’s bring disruptive. But I also can’t control him entirely. Do I try? Yes. Succeed? Not always.

It’s becoming a trigger for me. I sweat, get nervous and apologize. Something’s got to give, and I know it will soon — me. I’ll grow into my motherhood skin a little more, as I do each day. The tantrums and ensuing looks will roll off my back. We’ll be okay.

I’m more worried about the people bothered by it. While my son will grow and eventually stop shouting in public, there will be more children right behind him. Ready to scream inside grocery stores. For eternity.

So, to all the adults who glare, ask ridiculous questions and judge — both silently and outright — please know that he’s just being a toddler. Painful at times, wonderful at others. I’m trying to remember that, too.

Also, you might want to refrain from calling him spirited. Because that may make him scream. And we know how you feel about that!

How do you handle public tantrums? Has a stranger every said anything?