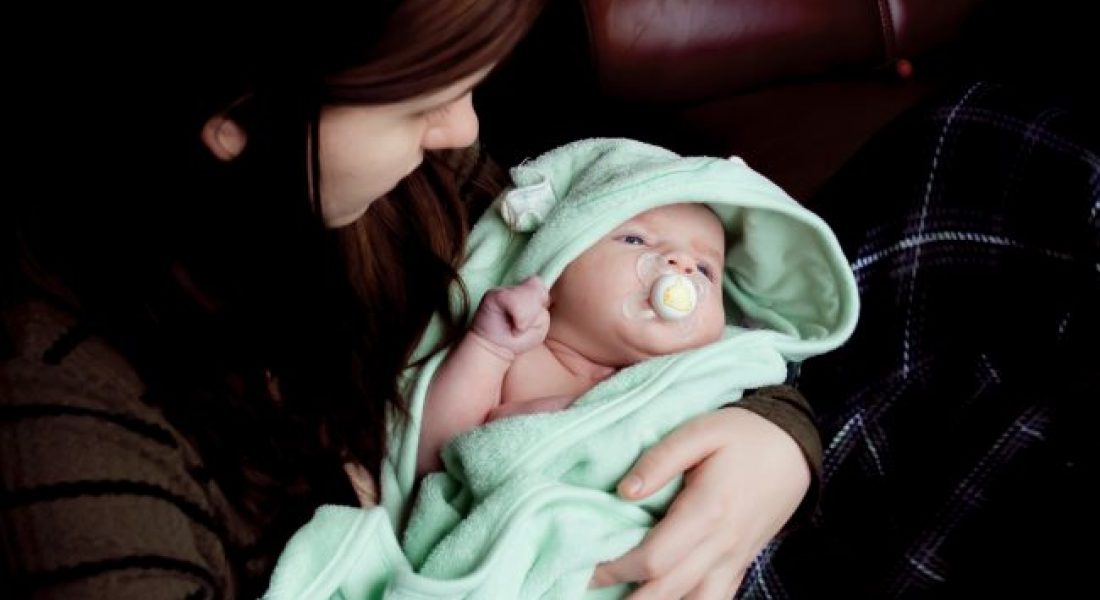 “We are going to adjust to the new normal, even though it’s totally crazy,” an exhausted mom says while looking directly into the camera.

In the same two minute clip the scene flits back and forth between different families struggling through the sleep-deprived struggles that can accompany bringing home a newborn baby. Between hearing the infants cry and looking at the tired faces of the parents, the whole video is a bit hard to watch, especially if you have those been-there, done-that memories.

In one particularly hilarious scene (it’s funny, at least, as an outsider looking in) an underwear-clad dad struggles and fails to hang a shade that will help keep the glaring sun out of his partner’s eyes. I feel bad for laughing…almost.

When my first son was born we lived in a tiny apartment in a terrible part of our city. We had a digital camera, but home security cameras (such as Canary, which captured these parents’ early weeks) weren’t yet a regular thing people were using. There’s a part of me that would get a great kick out of going back now and watching my husband and I fumble around deliriously, but I’m also not entirely sure if I could have done it. My sweating, bleeding, boobs-leaking, unsure mess of a self craved privacy.

That being said, I adore that other people don’t feel the same way. How lovely for someone who is on their way to being a new parent, but doesn’t yet have a babe in arms, to get a look at what’s coming down the pipeline. As a mom-to-be who was obsessed with TLC’s A Baby Story I would have watched hours of personal footage anyone was willing to share.

For all the negatives modern technology can seem to sometimes have, I’m always able to find a positive counterbalance.  Kudos to you out there who are willing and able to share your ups and downs, and I hear you others who hold your cards close. Luckily there’s no one right way to go about capturing your parenthood experience.

How would you feel about being recorded as a new parent?