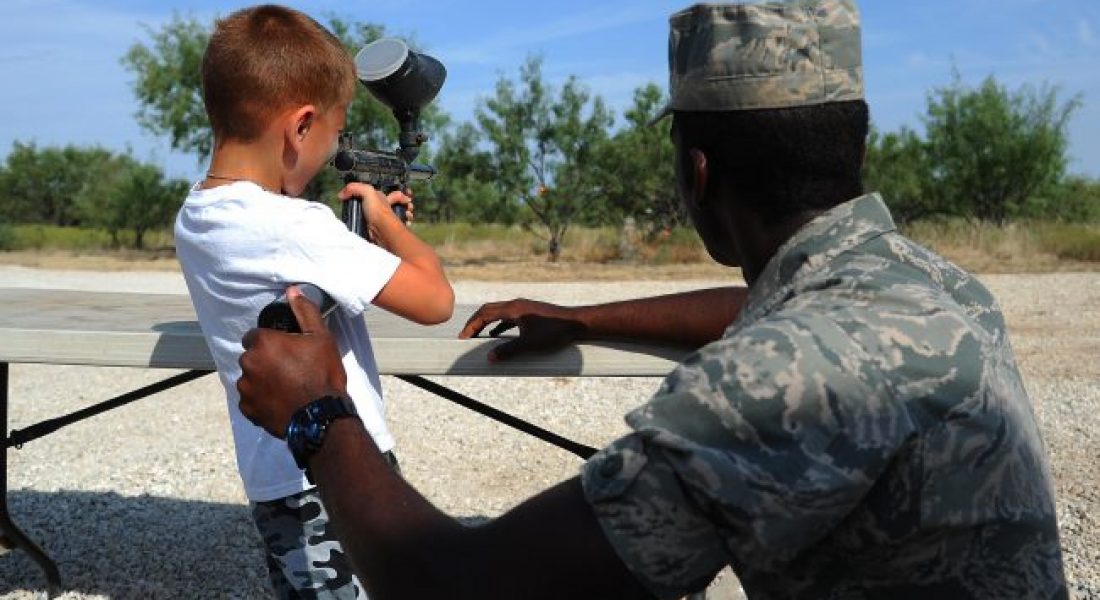 Research indicates that there are more guns than people in the United States, so your kids are likely to come across them eventually. How do your kids learn about guns? Something with such potential danger requires careful and intelligent handling. Unfortunately, a lot of folks seem to get their gun safety ideas from action movies.

How much is media to blame?

A recent study from JAMA Pediatrics suggests that kids who watch movies with gun violence in them are more likely to imitate that behavior. The study has its limitations, but it’s still pretty easy to recognize that guns are ubiquitous in our entertainment, from TV and movies to games and toys.

Despite this information, I have difficulty blaming media for irresponsible gun use. I don’t expect people to become costume vigilantes or to drink as much vodka as James Bond. People should be able to distinguish between escapist fantasy and real-life safety. Maybe we need to make sure our kids are learning about gun safety.

With so many toy guns out there, it’s very easy to teach some safety basics without having them touch an actual firearm. Three bare essentials are: always treat the gun like it’s loaded, don’t aim at something you don’t plan to shoot, and don’t deactivate the safety/pull the trigger until you’re ready to fire.

Those tenets work well even with toys. A water gun isn’t going to hurt somebody, but a BB gun can cause an injury. In both cases, there’s no reason to point the gun at something that’s not an intended target. The only difference is that people are acceptable targets for water guns.

I got a teaching opportunity on this front recently when my son almost shot me in the head with a rubber band gun. He wasn’t paying attention to where he was aiming as he loaded it, and a rubber band flew past my head — luckily missing my face. (Though if he had shot my eye out, the lesson would have stuck with him even longer.)

Following basic gun safety rules doesn’t prevent anybody from having fights in the backyard with water pistols or Nerf guns. It does help to develop certain habits that might transfer to real guns should your kids eventually handle an actual firearm for any reason, be it hunting, home security, or another need.

It also helps in those unfortunate situations where kids get their hands on guns they weren’t intended to. In addition to handling guns poorly, a lot of adults store them badly. As a result, kids often have much easier access to firearms than adults think. If they learn good habits, the danger decreases.

None of this is a sure-fire solution, since guns are inherently dangerous and any accidents involving them have the potential to get deadly. And gun use in action movies is unlikely to change anytime soon. However, what we see in action movies doesn’t have to set our default thinking and culture.

To my knowledge, the popularity of the Fast and the Furious movies haven’t changed driving habits in America. Perhaps that’s because we spend a lot of time teaching good habits before teens can get their licenses. Teaching gun safety isn’t a cure-all, but it certainly has to help.

Do you get concerned if your kids play with toy guns?

The post How can parents teach better gun safety to kids? appeared first on BabyCenter Blog.