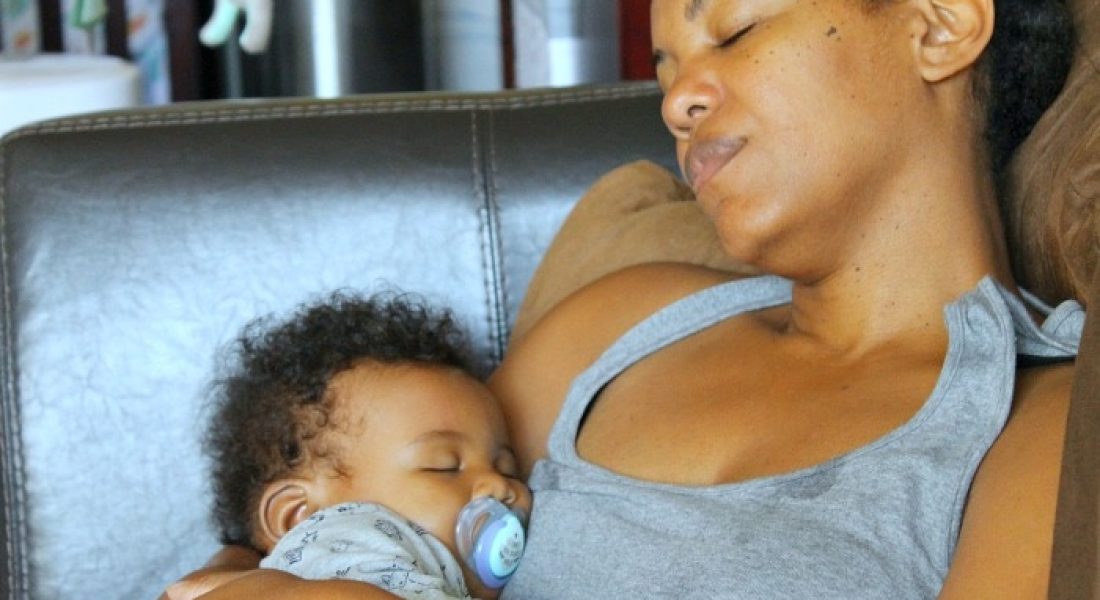 My 5-month-old son Jamie doesn’t sleep through the night. My daughter was almost 4 years old when she stopped waking up to chat, play, or hang out in the wee hours of the morning. Apparently not sleeping runs in the family.

When Jamie was first born and my husband was on paternity leave, he would put him in his bassinet for naps. At the first sign of movement, I would rush in, pick him up, and snuggle him back to sleep.

At night, we co-sleep. We don’t start off in the same bed, though. Jamie begins the evening in the bassinet. He usually goes down around 8 p.m., giving my husband and me a little time to watch television and reconnect.

By the time we retire to the bedroom at 10 p.m., Jamie is waking up and ready for a bit of milk. After that, he will not go back to his bassinet. He crawls on me, pulls at my husband, and is happy-go-lucky until he falls asleep in the middle of the bed. If we try to move him, he wakes up. If we relocate him to his bassinet, he wakes up. We have two options: let him cry or leave him in our bed.

My husband is okay with letting him cry. He thinks it will help him learn to soothe himself to sleep.

I don’t mind having Jamie sleeping with us most nights. He’s only a baby for a short time, and his soft little snores are just so sweet. Sometimes, though, my husband and I need the bed for ourselves. And sometimes, I just want to sleep without teeny tiny feet kicking me in my back and stomach. At this point, Jamie thinks he owns the bed. He’s not willing to stay in his bassinet through the night.

At Jamie’s monthly check-up, his doctor told me that we are doing ourselves a disservice by not teaching him how to sleep on his own. He said that Jamie might not take a lot of naps (he doesn’t), and he’ll keep waking up through the night for milk because he knows that it’s there. He didn’t go as far to tell me that we should stop co-sleeping, but it was definitely implied that a little bit of sleep training needed to happen.

I need sleep, and my husband and I need space to be intimate. So, the sleep training is starting. I started today with nap time. Instead of holding and rocking Jamie to sleep like I normally do, I — well, I held him and rocked him to sleep. I tried! I let him cry for a little bit, but today is just not a good day to start sleep training.

What I’m going to do moving forward is quiet time in his bassinet at nap time. I’ll stay in the same room with the blinds closed, lavender oil diffused, and soft music playing until he falls asleep. I know that it will take some time for this to work, but I’m clearing my afternoons and preparing to go to nap war. From there, we’ll make our way to getting him to sleep at night.

My son doesn’t sleep through the night. Yet.