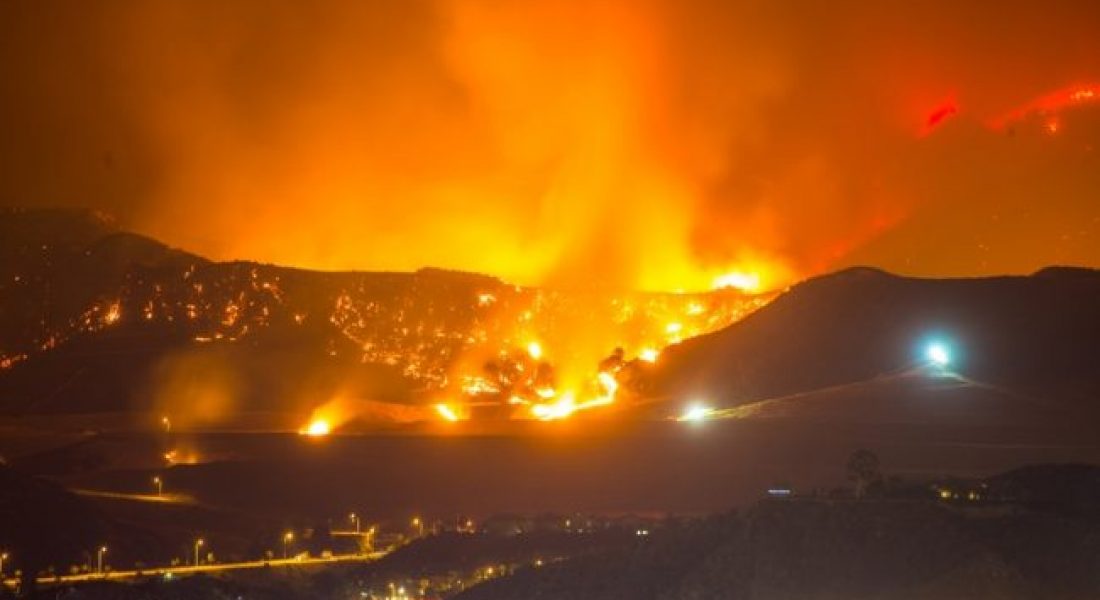 As if labor and delivery under normal circumstances wasn’t difficult enough, one expecting mom was evacuated from the hospital right after getting an epidural — in the midst of raging wildfires in California.

Nicole and Ben Veum had been at Sutter Santa Rosa Regional Hospital since last Friday, according to KQED News. The parents-to-be were playing the waiting game as Nicole’s doctor attempted to induce labor on the past-due mama. After three different methods of jump-starting the labor process — on day three, with the third try — Nicole finally started to progress.

“And then finally I am in a great rhythm,” she told KQED News. “We’re all excited. They’re talking about breaking my water.”

Nicole’s contractions were less than 5 minutes apart when the hospital power went out and generators kicked in. Smoke started pouring inside from the buildings burning around the hospital. It was right after she received an epidural that evacuation orders came in.

Unfortunately, hospital staff had to give Nicole medication to stop the contractions. “We were like ‘Noooo.’ It was the worst news,” she said. “To have tried for three days and then OK, here’s the shot that’s going to end all of that.”

Nicole was transported by ambulance to Santa Rosa Memorial Hospital, where she was later reunited with her husband, who had to be bussed over. She ultimately had a c-section on Monday, Oct. 9, giving birth to a baby boy they named Adrian Dodger Veum. (Even though friends had suggested Fuego or Blaze for a middle name.)

“I’m so thankful for my birthing team and for all the medical staff and ambulance drivers and those helping out through these horrific fires,” Nicole wrote on Facebook, along with photos of their newest addition. “I am very humbled by those of you who stepped into the danger to help others. Thank you. And we love our new boy.”

From a been-there-done-that mom, I know contractions and epidurals can be scary and stressful without, you know, the added threat of a raging wildfire evacuating the hospital. I can’t imagine how helpless this mama — who was numb and immobilized by an epidural —  must have felt at the time. I’m glad she was able to safely deliver her baby boy. And even though he didn’t get a fiery middle name to match the circumstances of his arrival, I’m sure little Adrian’s birth story will be one retold in the Veum family for years to come.

What do you think of this birth story?