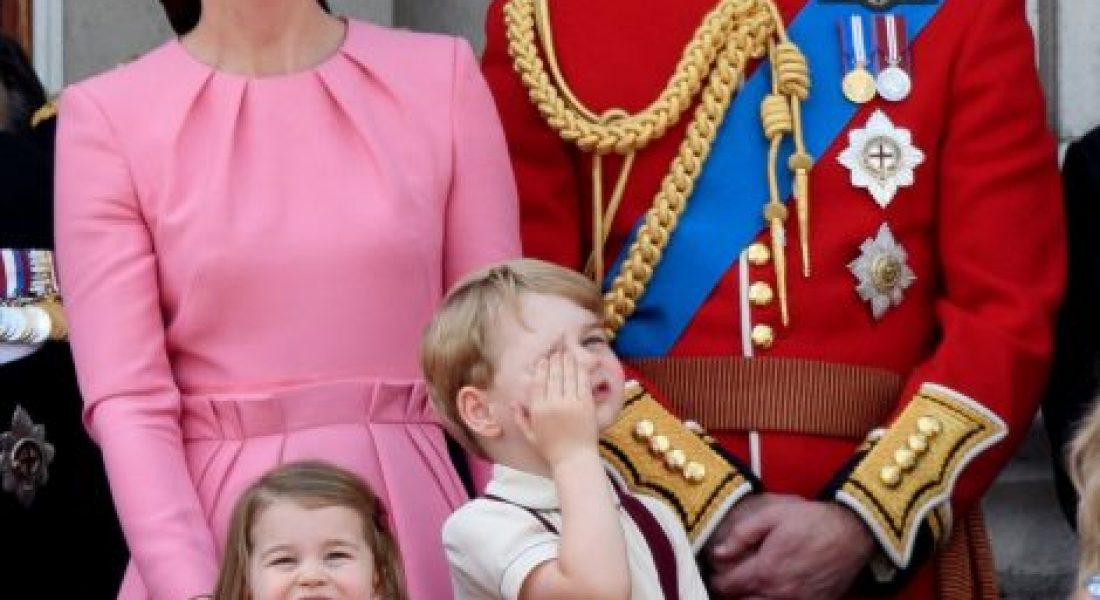 The Duke and Duchess of Cambridge are “very pleased” to announce they’re expecting baby three! The official word on Kate’s pregnancy came from Kensington Palace on Monday, and along with congratulations being shouted across the globe are well-wishes for the young woman we’ve seen grow into a wonderful mom.

If you’ve followed the royal family news over the last few years, you’ll likely recall that the 35-year-old wife of Prince William suffered greatly with hyperemesis gravidarum during her pregnancies with George and Charlotte. Unfortunately, this third pregnancy will be no different.

The full press release of the joyous news elaborates: “As with her previous two pregnancies, The Duchess is suffering from Hyperemesis Gravidarum…The Duchess is being cared for at Kensington Palace.”

Betsy Shaw, one of our BabyCenter Bloggers, knows the pregnancy complication all too well. She’s described it like this:

“Imagine being so sick you can’t keep even one sip of any liquid down for longer than ten minutes.

Imagine getting so dehydrated you need to go the the ER for intravenous hydration, sometimes weekly.

You eat nothing, so you have to go to the ER for intravenous nutrition.

You can’t move, you can’t read, you can’t watch TV, you can’t tolerate any scent other than fresh air.

You throw up so much– once per hour, maybe more– you begin to think you might die from puking.”

With that in mind, can we all take one quick second right now to send Kate some love, prayers and good vibes?

Others who’ve been through hyperemesis gravidarum have been speaking out to show their support, and admiration of Duchess Kate’s decision to have another baby.

Fair play to Kate – one pregnancy with Hyperemesis was enough to put me off having any more children. It was HELL on earth.

Whatever your feelings about the Royal family, you can shut down that shit about Hyperemesis gravidarum being ‘a bit of morning sickness’.

I suffered with Hyperemesis Gravidarum in my last pregnancy and I prayed for death…no idea how she is doing it for the 3rd time! https://t.co/FawtsGHPFO

Despite the harrowing pregnancies, it’s safe to say Duchess Kate loves being a mom.

“Personally, becoming a mother has been such a rewarding and wonderful experience,” she shared earlier this year. Continuing, she added: “Nothing can really prepare you for the sheer overwhelming experience of what it means to become a mother. It is full of complex emotions of joy, exhaustion, love and worry, all mixed together. Your fundamental identity changes overnight.”

And as for Prince William, he’s previously said he is “lucky” to have Kate, describing her as “an amazing mother and a fantastic wife.”

Please join us in wishing the best for the royal family on their journey to welcoming baby three.

What boy and girl names would you suggest for George and Charlotte’s future sibling?