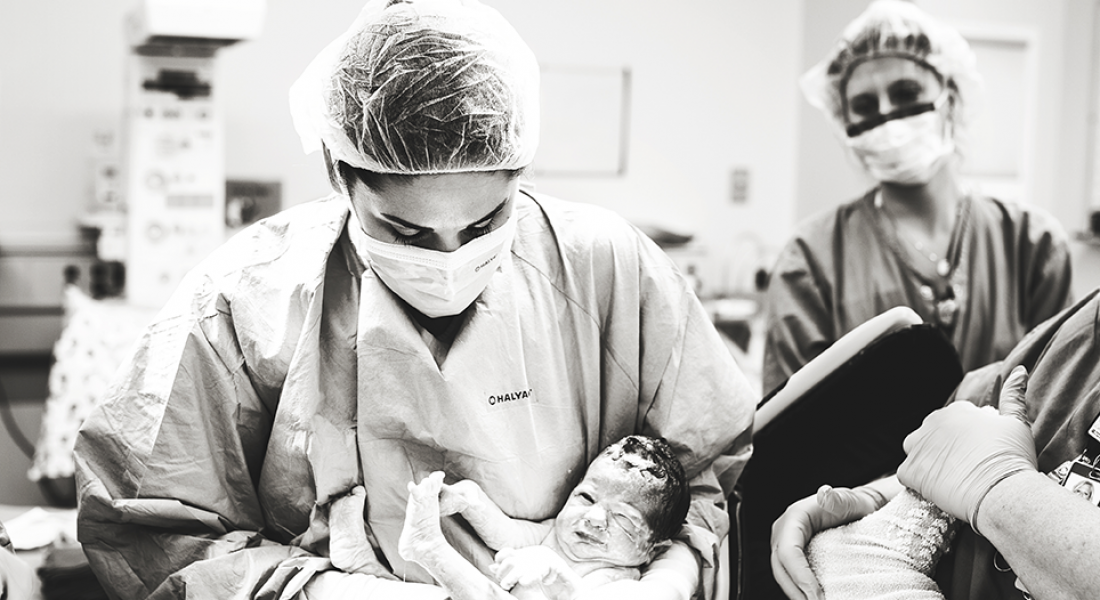 A surrogate, named Nicole, recently helped couple David and Ann realize their dream of becoming parents when they welcomed twins James and Olivia.

As photographer Haley Lent told BabyCenter via email, the hopeful parents “tried for several years to have a baby with no luck, so they decided to try surrogacy.”

On her Facebook page Haley shared an emotional video documenting the births, and explained, “David and Ann, rushed to the hospital [from halfway across the country] as soon as they heard the babies were coming. She added the excited parents-to-be arrived “just minutes before the first baby was born. It was magical.”

The road to this long-awaited moment was fraught with challenges. “Nicole had preeclampsia toward the end of the pregnancy, so she was constantly in and out of the doctor’s office,” Haley told us. Luckily, the births went pretty smoothly, despite the fact that early on, it seemed David and Ann would miss their babies’ arrival.

“During the last little bit, labor started slowing down just a little, and the parents were able to walk into the room as [Nicole] was pushing,” Haley recounted. “It was probably just about ten minutes later that the first baby was born. It was just so crazy how it happened. It’s like the babies waited for them to arrive.”

About being in the room for the deeply-moving births, Haley tells BabyCenter, “David and Ann just seemed completely blown away watching their babies be born and there were definitely a lot of tears.”

“After the delivery, the parents were able to take the babies back to their own room at the hospital for some skin-to-skin time. They got to stay in the hospital just as anyone else would,” Haley says. “Nicole was just one room over and was even able to try breastfeeding the babies while they were there.”

She also told us, “Both babies were a great weight at birth and there were no complications, despite them being twins and being a little early. Everyone was completely over the moon, and I know that Nicole is so ecstatic that she was able to do this for them.”

It’s worth noting that the parents have another surrogate who just gave birth to their second set of twins! “They did not expect all embryos to stick, so they wanted to make sure and cover all of their bases,” Haley said.

Keep up with David and Ann and their brood on Instagram.

What is your reaction to these beautiful images?