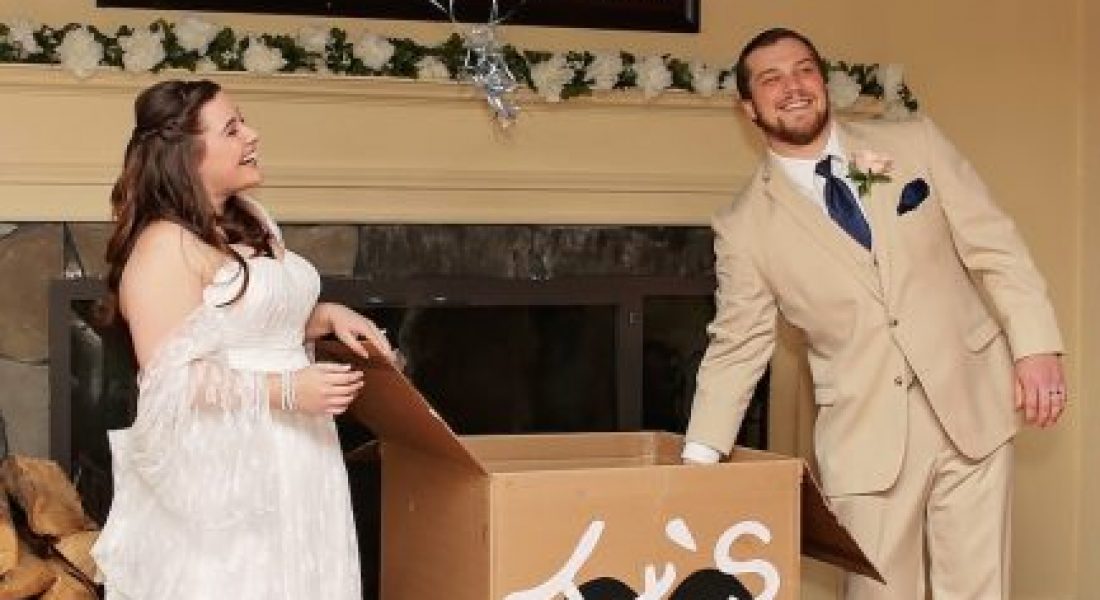 It’s not every day you go to a wedding and also get treated to a gender reveal. But, when Stephanie and her fiancé discovered they were pregnant, the decision to reveal their baby’s gender at their wedding was a no-brainer.

All their closest friends and family cheered as blue balloons flew out of the box to their surprised and excited faces. “It was such a wonderful moment we shared with our guests. When I made our wedding book I made a page specifically about the gender reveal and how excited we were to be having a boy,” says Stephanie.

She could not wait to be a boy mom. She decorated the nursery, washed all the baby clothes, and together they chose the perfect name for their son: Jamison.

Though his gender was originally determined by an ultrasound, a 3-D ultrasound was unable to confirm the first test due to Jamison’s position. Subsequent ultrasounds didn’t turn up a penis or a vagina either — Jamison was uncooperative with the techs.

Still, Stephanie and her husband were not the least bit worried. They assumed, like most people, mistakes with gender don’t happen anymore.

When Stephanie went into labor 5 days before her due date, they prepared to meet their son. When the doctor held up the baby and declared, “It’s a girl,” they were shocked!

But Stephanie and her husband were so happy to be parents and relieved everything had gone well; they took it in stride as best they could.

Stephanie admitted she had a hard time bonding with her baby girl because of her expectations. She says her whole idea about gender reveals has changed. She believes finding out your baby’s gender ahead of time can rob you of a genuine connection with your baby. “You cannot help but envision your life with your baby boy or baby girl. These visions are of your dreams … not your baby. Instead of dreaming of ballet shoes or football plays, you can focus on the tools you can give your child to help them in life.”

Stephanie says with their next baby, they will not find out the gender before birth. She wants a chance to bond with their baby regardless if it is a boy or a girl.

“In the end, all that matters is that my husband and I have a healthy baby whom we love with all our hearts.”

You can read Stephanie’s full account of their gender reveal gone wrong on her blog.

What do you think? Are gender reveals a bad idea?