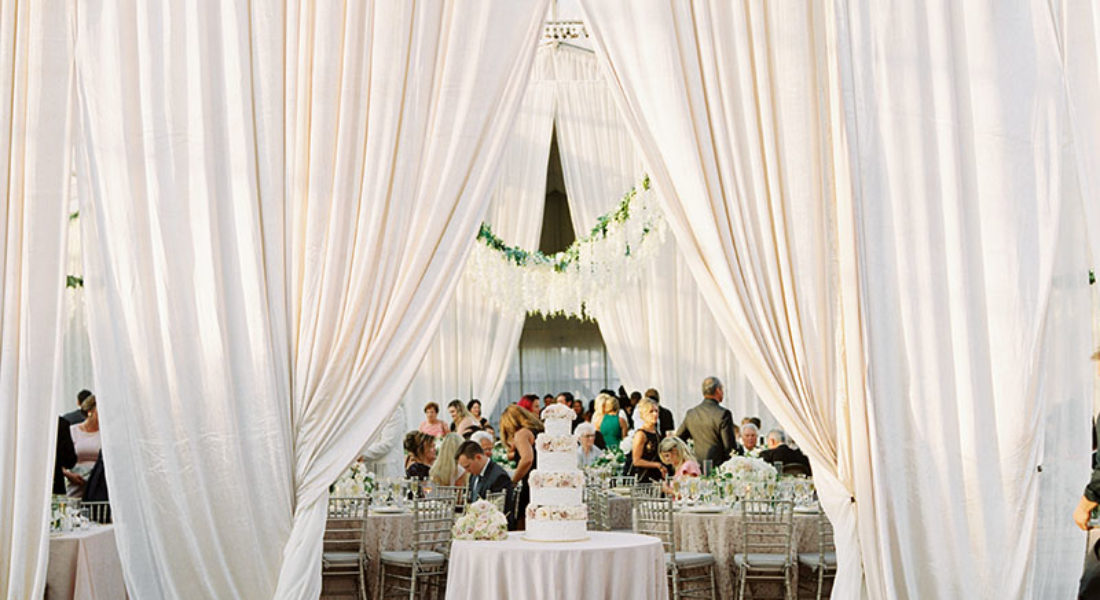 Brandi Byrd and Matt Price have been inseparable since high school. “We met through a group of mutual friends, and we always hung out,” Brandi explains. But always as friends. That was until Matt kissed Brandi in 2012. From then on, they knew they’d get married; they just weren’t sure when. Fast forward to a 2017 family trip to Turks and Caicos: Brandi’s mom set up family photos on the beach, and it was the couple’s turn to snap a pic. “The next thing I knew, Matt was down on one knee,” she says. On July 28, 2018, they paid homage to their beginnings and married in their hometown of Abilene.

Brandi wanted a classic black-tie wedding that touched on tradition and elegance. That meant a neutral palette of white and greenery, as well as nods to elements from the past. For instance, Brandi wore her veil covering her face as she walked down the aisle, she chose a four-tier cake with layers of fresh roses, and she dressed her bridesmaids in white off-the-shoulder gowns by Mackenzie Brittingham. Matt even donned a white dinner jacket to complement Brandi’s strapless gown, which was the picture-perfect nod to the formal night.

The bride wore Vera Wang from The Bridal Salon at Stanley Korshak.

The tent included floral details that were draped from the ceiling. “I told Emily I wanted lots of white, neutrals, and greenery, and she took it from there,” says Brandi.

Escort cards were displayed in envelopes with some stuffed with flowers. It was just another detail that Emily Clarke and her team included to add to the classic decor

Birds of a Feather

For the reception, Brandi changed into a short dress by Mackenzie Brittingham. “I wanted a fun and cute dress that I could move around in.”

The bride chose to wear her veil over her face for the ceremony in keeping with the formal theme. “I wanted more of a traditional, simple, and elegant wedding,” she says.

In classic form, Brandi and Matt rode away in Brandi’s dad’s car. The couple set off for their honeymoon in Cabo San Lucas at The Resort at Pedregal.

In addition to the cake from Cakes by Birdie, the couple had his-and-her dessert stations, which served strawberry shortcake with champagne and bread pudding with whiskey.