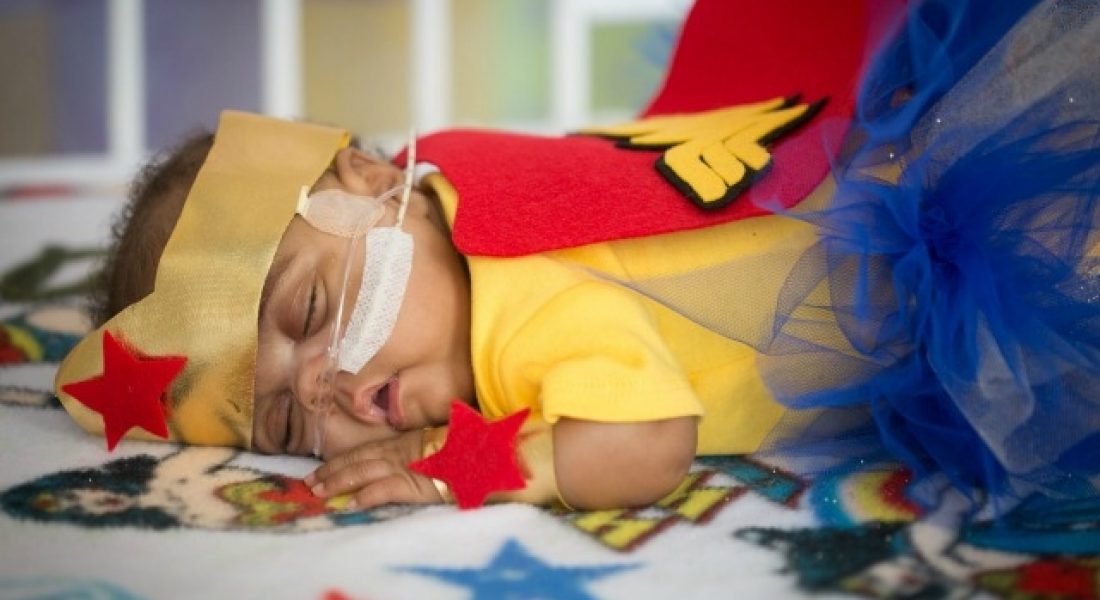 This week, preemies who are spending their first holiday in the NICU, wore the tiniest Halloween costumes you have ever seen. The teeny tots, who are currently receiving care at Saint Luke’s Hospital in Kansas City, Missouri, dressed up as superheroes, butterflies and ladybugs, thanks to March of Dimes volunteers.

The hospital’s NICU Family Support Program and professional photographers also helped to provide parents of critically ill newborns with a few smiles, and a moment of normalcy during a very stressful time. Photos of the itty-bitty trick-or-treaters were given to the families as keepsakes.

“Every day a child is in the NICU can be frightening and uncertain, but holidays are especially tough, as families miss the normal joys of celebrations at home,” Rebecca Keunen, March of Dimes/NICU Family Support Coordinator said in a press release.

Thanks to the March of Dimes, the celebration came to the NICU for these brave babies.

This little guy was clearly enjoying dressing up as a superhero, which he most certainly is, being a NICU warrior.

Among the babies in these images are those who were born too small, too soon, or with a medical condition that requires intensive care.

According to the March of Dimes, a baby born before 37 weeks of pregnancy is considered premature. Even babies born just a few weeks too soon can face serious health challenges and are at risk for lifelong disabilities such as breathing problems, vision loss, cerebral palsy, and intellectual delays.

Did you know that 1 in 10 babies in the U.S. is born too soon? And some parents don’t even know why. March of Dimes-funded researchers and scientists are leading the way in working to understand the unknown causes of premature birth.

Until we know more, here’s wishing every baby in the NICU strength, love, and a very happy Halloween.

If you had or have a preemie, what was your experience like? What is your baby wearing for their first Halloween?