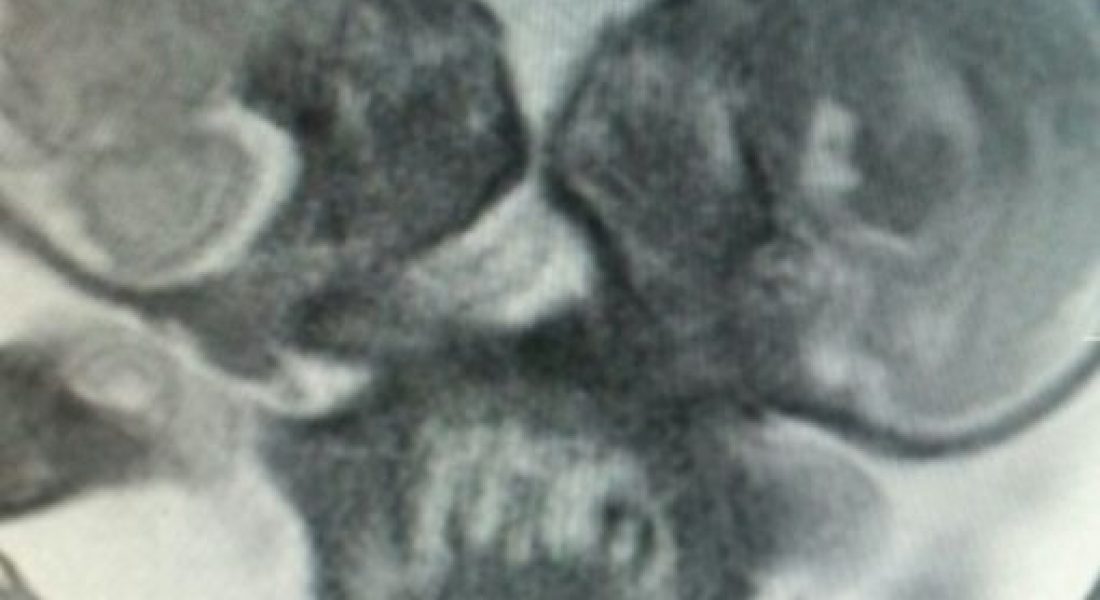 High school sweethearts Jason and Heather Kroeger had always wanted a big family. So when the North Carolina couple learned Heather was pregnant with their sixth child, they were thrilled. Late in the first trimester, though, it was discovered she was carrying conjoined twin boys — and they were advised by doctors to abort them.

“To us, it wasn’t an option,” Jason told Fox 19 News. “There is that initial shock, and a lot goes through your head, but pretty quickly we came to the realization these are our boys, and we’ve got to do what we can do for them.”

Unfortunately, the hospital near their home simply wasn’t equipped to handle Heather’s high-risk delivery. So by the time she was 35 weeks along, the family of seven — including their five children  between ages 4 and 17 — needed to travel 421 miles to Cincinnati, Ohio. It was at that time that a group of friends came together to give the Kroeger family $500 toward gas and gift cards for food to help them get there.

Elijah and Isaac were born on September 5th at Cincinnati Children’s Hospital. Since their arrival, doctors have determined the twins, who are conjoined at the chest, can’t be safely separated. They have already undergone surgery and still have some medical issues to get through. But overall, the boys are doing better than expected.

That’s because the likelihood of Elijah and Isaac surviving past birth was slim. Yet, so far, these little fighters have managed to beat the odds. According to the University of Maryland Medical Center, roughly 40 to 60 percent of conjoined twins are stillborn and about 35 percent survive only one day. And the overall survival rate of conjoined twins is between 5 and 25 percent.

Nurses and family have both said the boy already have distinct personalities.“Isaac is kind of mellow and calm and Elijah is just grabbing and looking around and wanting to touch everything,” Jason told Fox 19. “It’s going to be interesting seeing them grow up and seeing the different personalities between the two.”

On behalf of the family, a GoFundMe campaign has been created to raise money for “extensive pre- and post- medical costs, lodging, food, travel, and other family needs.” In just the past month, 246 people have helped raise nearly $18,000 toward the $25,000 goal.

Clearly, this special family would benefit from reaching — and exceeding — their GoFundMe goal. Being so far from home while hospital bills continue to pile up has to be stressful. I can’t imagine coping with these anxieties, on top of worrying if the boys will be OK and caring for their other children. As a parent, my heart goes out to the Kroeger family during this trying time.

The latest update from the Kroegers’ GoFundMe page reads:”Elijah and Isaac are resting and recovering well from surgery that took place on Friday. Please keep the prayers coming-they are truly helping these strong boys heal and grow.”

If you’re interested in helping, visit the family’s GoFundMe campaign page and consider making a donation.

What do you think of this story?

Photos courtesy of the family