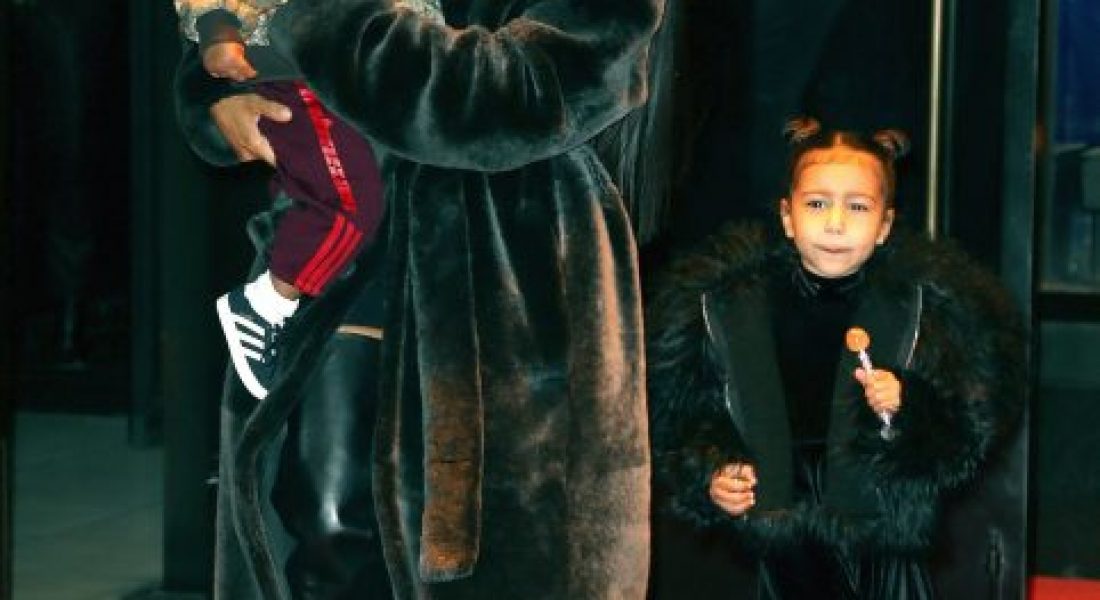 Kim Kardashian and Kanye West are officially outnumbered. The reality star shared the happy news on her web site today, writing that they welcomed their daughter via a surrogate on Monday, January 15. She was born at 12:47 a.m., weighing 7 lbs., 6 oz.

Kim’s message, which begins, “WE’RE SO IN LOVE,” reads:

“Kanye and I are happy to announce the arrival of our healthy, beautiful baby girl. We are incredibly grateful to our surrogate who made our dreams come true with the greatest gift one could give and to our wonderful doctors and nurses for their special care. North and Saint are especially thrilled to welcome their baby sister.”

Kim and Kanye, who tied the knot in 2014, both longed for a large family, but after two difficult pregnancies and deliveries, doctors reportedly advised the 37-year-old against conceiving again.

Their first, North, was delivered a month early after Kim was diagnosed with pre-eclampsia, a potentially very serious pregnancy condition characterized by high blood pressure and protein in the urine. Childbirth itself was no easier; she later described the traumatic delivery in a post on her web site.

“Right after delivery, the placenta usually then comes out. Mine did not. My placenta stayed attached inside my uterus, which is a condition called placenta accreta. This is a high-risk condition that happens when the placenta grows too deeply into the uterine wall.My doctor had to stick his entire arm in me and detach the placenta with his hand, scraping it away from my uterus with his fingernails. How disgusting and painful!!!… it was the most painful experience of my life!… After all of that, I still had a piece of placenta attached inside of me and I had to have surgery to remove it. Then I had another surgery to remove the scar tissue.”

Her second pregnancy had its challenges as well. Saint was in breech position late in the pregnancy, though he was eventually successfully turned head-down via an External Cephalic Version – a procedure Kim says is “probably more painful than childbirth.”

Despite all of this, Kim and Kanye weren’t ready to let go of their dreams of a large family. So, last year it was revealed that they had hired a surrogate to carry their third child. Kim confirmed the reports in September. She has fortunately avoided the physical stresses of another pregnancy, but she’s admitted that surrogacy, while a blessing, isn’t exactly easy.

“[Anyone] that says or thinks it is just the easy way out is just completely wrong. I think it is so much harder to go through it this way, because you are not really in control,” she explained in the fall. “Obviously you pick someone that you completely trust and that you have a good bond and relationship with, but [to be the surrogate] it is still… knowing that I was able to carry my first two babies and not my baby now, it’s hard for me. It’s definitely a harder experience than I anticipated just in the control area.”

With their baby girl finally here, though, it sounds like those emotional ups and downs were well worth it.

Congratulations to the family-of-five…. We’ll be staying tuned for their baby name announcement!